Skip to content
HomeEntertainmentDeepika Padukone pens heartfelt note for Farah Khan, says ‘You had faith in me when no one else did’

Deepika Padukone has come a long way in her career. The 36-year-old actress, who made her debut in the year 2007 with ‘Om Shanti Om’ has carved his own niche in this industry of millions with her phenomenal acting and versatility. Recently, Padukone took some time and penned a special note for ace choreographer and director Farah Khan.

This all started after, Farah shared a picture of Deepika’s advertisement for a luxurious brand Louis Vuitton on her Instagram, writting, ”Looking good baby!”.

In no time, Deepika re-posted the photo and thanked Farah for believing in her when no one else did. 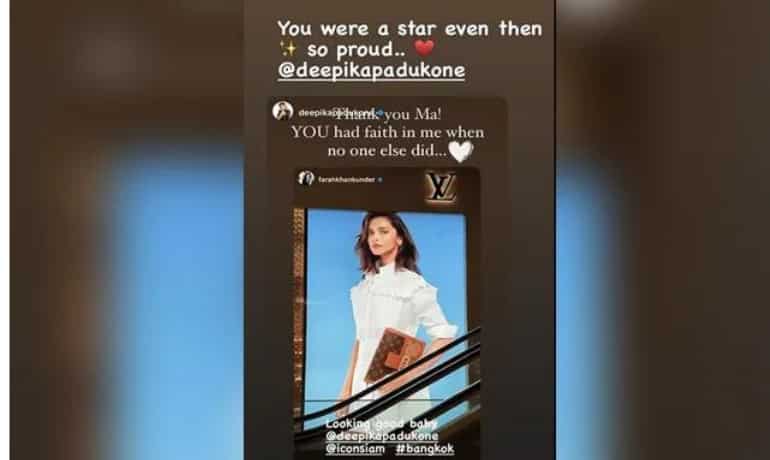 By calling her Ma (mother), Padukone wrote, ” YOU had faith in me when no one else did..,” with heart emojis.

Sharing the post again on her story, Farah wrote, ”You were a star even then…so proud,” along with red heart emojis.

Deepika is on a roll this year as the actress was appointed to a Cannes Jury, and later became the first Indian brand ambassador of the luxurious brand Louis Vuitton.

On the work front, Padukone will next be seen in ‘Pathaan’ alongside SRK and ‘Fighter’ with Hrithik Roshan.