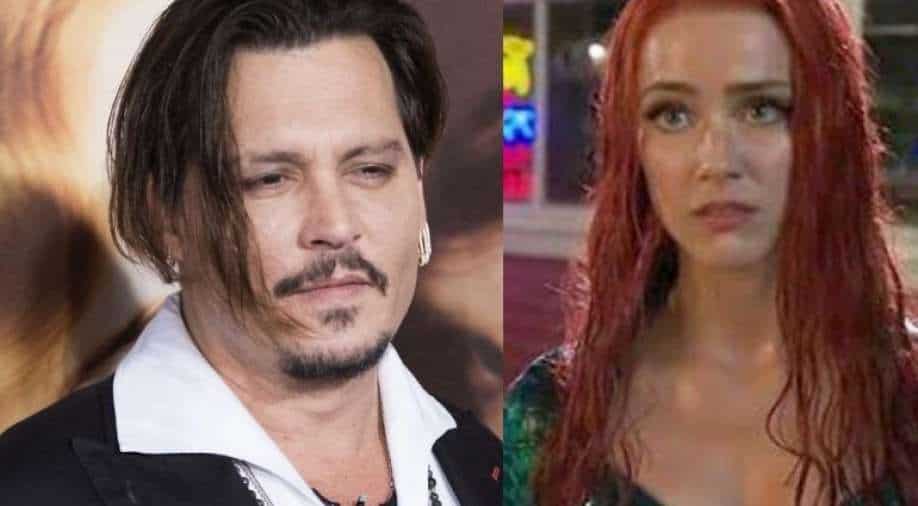 Amber Heard and Johnny Depp are curruntly embroiled in a nasty defamation case. In recent weeks, as the case continues in the Fairfax County Circuit Courthouse in Fairfax, Virginia, some gruesome and bizarre revelations were made about the former couple’s troubled past that has sent the shockwaves around the whole world.

During the hearing, Johnny claimed that he’s never assaulted his ex-wife and several close allies of the ex-couple have made some bombshell revelations about Amber Heard.

The case took a sharp turn with many fans started speaking out in the support of Depp. Recently, his fans started A Change.org petition asking Amber Heard to remove from her upcoming superhero movie ‘Aquaman 2’

The petition has so far reached 2 million signatures. Amid all, a new rumour is all over the internet questioning Amber’s screen timing in the Jason Momoa starrer movie.

Reportedly, Amber will only have 10 minutes or less screen time in the forthcoming DC sequel. This all started after Film journalist Grace Randolph, whose known for giving comic book movie scoops, as per Daily Mail, has claimed the new rumour about Amber, who plays the role of princess Mara in the movie.

”I hear Amber Heard has less than 10 [minutes] of screentime in ‘Aquaman 2,'” tweeted Randolph. However, there’s no confirmation if her role had a short timing from the initial period of the movie or if her scenes have been cut out in wake of the defamation case and Johnny Depp’s claims.

Netizens have also reacted to the reports about Amber’s screen timing, take a look!

It’s a start. Hopefully #AmberHeard is fired & recast going forward. If #JohnnyDepp wins the case – they can delete all her scenes. That’s fair. She still got $10M. Johnny got $20M. She will have less screen time than Katherine Waterston in SoD & Kelly Marie Tran in RoS https://t.co/bUMVTUTK7C

As the case is nearing its end, and looking at the support that Depp has been receiving from the public and the trial’s shocking reveals, looks like the court’s decision will somewhere land in the Depp’s favour.

Why is social media in favour of Johnny Depp in the Amber Heard defamation case?

Meanwhile, the petition also urges the makers that they must not ignore the suffering of Heard’s victims, and must not glamorize a domestic abuser.

”As Amber Heard is a known and proven domestic abuser, Warner Brothers and DC Entertainment should and must remove Heard from their Aquaman 2 film project. They must not ignore the suffering of Heard’s victims, and must not glamorize a domestic abuser,” the petition reads.

”Men are victims of domestic abuse, just like women. This must be recognized, and action must be taken to prevent a known abuser from being celebrated within the entertainment industry.”