Skip to content
HomeEntertainment‘Dobaaraa’ review: Anurag Kashyap-Tapsee Pannu’s latest is one of the most engaging films of the year 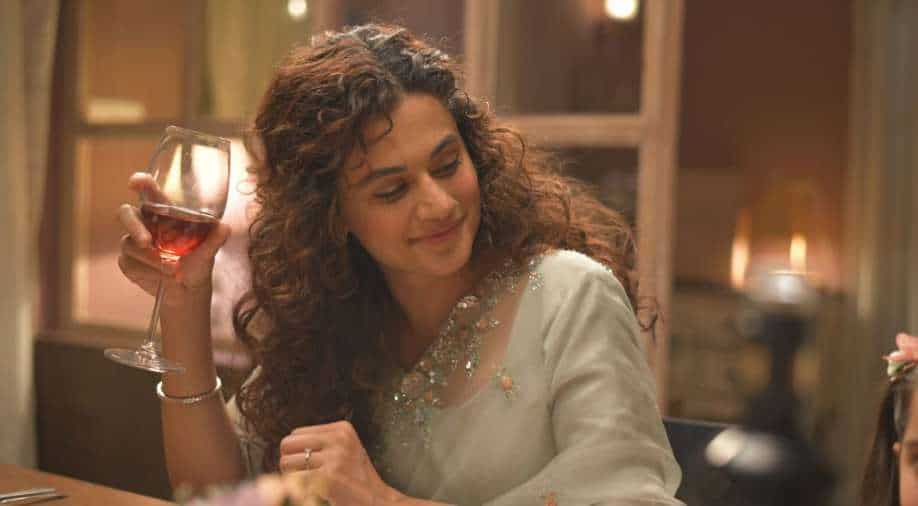 Anurag Kashyap’s new film ‘Dobaaraa’ featuring Taapsee Pannu in the lead, has such a convoluted, twisted story that it never lets the audience’s attention slip. An official remake of the Spanish film ‘Mirage’, ‘Dobaaraa’ stays true to the origin story but Indianises it to suit the audience back home. The result is a riveting watch.

What is the film about?

The film dives straight into the plot. 12-year-old Anay(Arrian Sawant) is killed one stormy night in Pune in 1996 after witnessing his next-door neighbour (Saswat Chatterjee) murder his wife. 26 years later, Antara (Taapsee Pannu) moves into Anay’s house as the new owner with her husband Vikas (Rahul Bhatt) and daughter. On a similar stormy night, Anatara manages to communicate with Anay via an old TV set and save his life but the next morning when she wakes up, she finds her reality altered. Her husband is married to someone else, her daughter does not exist and she has no recollection of her present life as a successful surgeon.

Written by Nihit Bhave, the film introduces the concept of time travel and parallel universes. With a non-linear narrative, the film demands your attention throughout with multiple twists and turns. A little over two hours long, the narrative of ‘Dobaaraa’ never misses a beat and keeps the viewers hooked throughout.

Kashyap is known to delve deeper into his films. His films are alsosocial commentaries and so ‘Dobaaraaa’ seems like an unlikely film from a director like Kashyap. Which is a good thing, as the film sticks to the main plot- which itself is layered and twisted- and never tries to divert the attention of the audience with any other ‘frills’. The screenplay is so taut that you don’t perhaps need any other diversion.

This is Taapsee Pannu and Anurag Kashyap’s second film together as actor-director. The duo clearly complements and brings the best out of each other. Their last film together, ‘Manmarzuyaan’ was strikingly different from ‘Dobaaraa’ but the duo excel in the thriller genre well. Taapsee’s character is complex and she delivers a nuanced performance. The film reunites her with her ‘Thappad’ co-star, Pavail Gulati who delivers a restrained performance. Actor Rahul Bhatt’s performance, as the tired husband is also praiseworthy.

Bollywood has narrated stories of time travel earlier and not all have been credible. ‘Dobaaraa’, however, excels in creating a plausible theory of alternate universe and time travel. The story remains true to its title even; ‘Dobaara’ in Hindi means ‘Once again’ as well as 12 past 2- the time is significant to the plot.

Kashyap’s unique, dry style of humour is evident in a few scenes which provide entertainment amid a tense plot. The film has two songs which seem unnecessary in a taut plot which anyway has so much going for it.

For those who have scoffed at Bollywood’s attempt at making sci-fi films, ‘Dobaaraa’ provides a wholesome sci-fi thriller which engages the audience and keeps it guessing till the end with multiple plot twists. Hollywood in the recent past has introduced the concept of the multiverse in some of its films. Unlike the west, ‘Dobaaraa’ does not rely on VFX, but instead on credible writing and performances. Don’t miss it. It is truly one of the most engaging films of the year.