Skip to content
HomeEntertainmentDownton Abbey: A New Era review: Hilarious comfort watch – even if on verge of self-parody 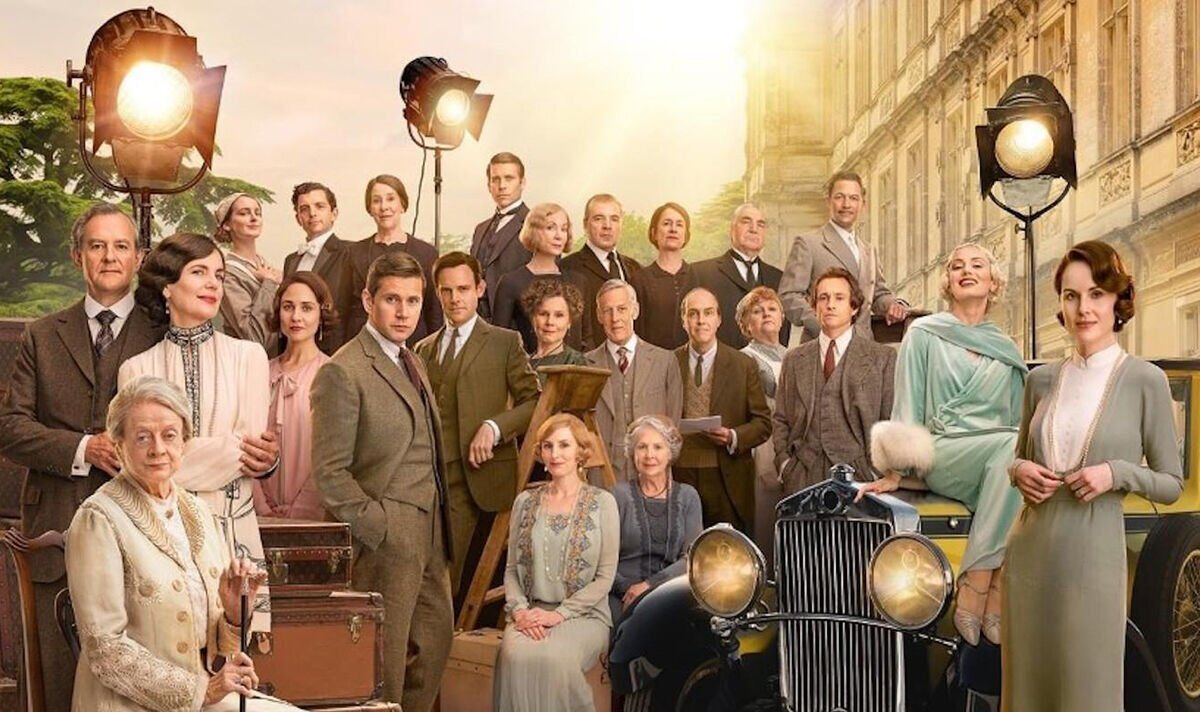 Three years on from the first Downton Abbey movie when King George V came to stay and Julian Fellowes couldn’t resist a sequel – and neither could we. Downton Abbey: A New Era is set right after the first film as the Crawleys welcome in the 1930s. There are two main plots this time around: an irresistible farce verging on self-parody at home and a soap opera mystery in the French Riviera.

And what better way to fund such plans than by inviting in a silent film crew to shoot a movie, as Fellowes’ narrative goes full meta.

The much-loved Downstairs characters are quick to get involved with the production, especially Kevin Doyle’s Mr Molesley who provides some of the film’s biggest laughs, just as he did in the previous movie when he dared speak to the King out of turn.

Meanwhile, on the soap opera side in Downton Abbey: A New Era, Maggie Smith’s Dowager has mysteriously inherited a villa from an old admirer, which Lord Grantham and a small band of servants go to investigate in the south of France.

There, shocking revelations put his birthright in doubt, amid Fellowes’ tongue-in-cheek winks to the audience via the escapades of the likes of Jim Carter’s cantankerous retired servant Mr Carson.

Upon arriving at the villa, Lord Grantham comments that he’s brought his old butler for some apparent reason, one that is perhaps only known to the audience as an excuse to have the characters we’ve followed for years have some part in the plot.

The amusingly snobbish Carson grumps around France in the heat, having refused to give up his three-piece tweed suit. He’s then only to be mistaken for Lady Bagshaw’s husband, played by his real-life wife Imelda Staunton. Cue much amusement.

Considering the size of the cast, both Upstairs and Downstairs favourites each get their moments to shine throughout, which is certainly an improvement on the first film where not everyone had something to do.

There are plenty of plot twists and turns for fans to enjoy, especially in giving characters a number of satisfying life changes of sorts, although we highly doubt this is the last movie in the series. As long as Fellowes can keep up the charm that he so effortlessly envelopes everything in and keeps the storyline funny but not trashy, then the more the merrier we say.

Downton Abbey: A New Era is released in UK cinemas on Friday.