Skip to content
HomeEntertainmentDrake gives heartwarming tribute to Sidhu Moose Wala in his latest gig, netizens are all praise 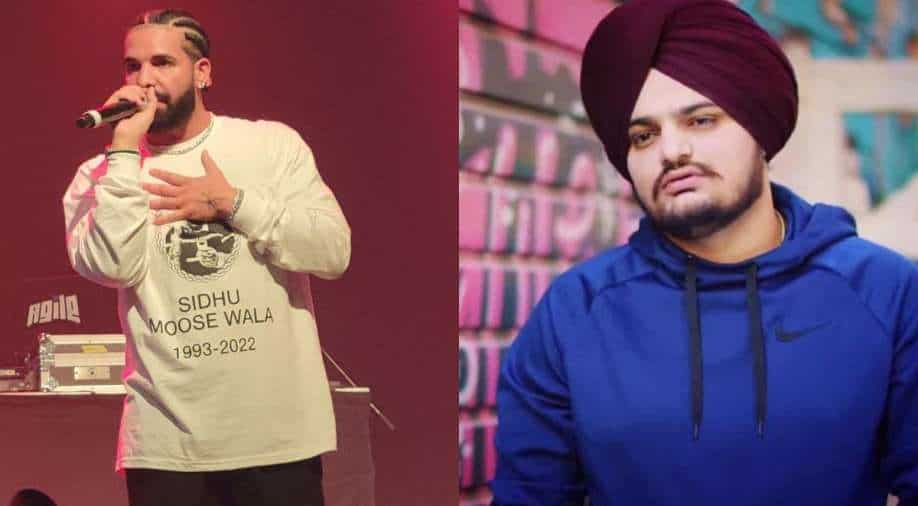 Punjabi singer-actor Sidhu Moose Wala and American singer Drake shared a great camaraderie and they truly respected each other’s craft. Right after the Punjabi singer was killed in broad daylight in Mansa district in Punjab, the American singer expressed grief and paid a heartfelt tribute to him in one of his concerts. Two months have passed and it seems that Drake is still haunted by his friend’s sudden and shocking death.

In his recent gig, Drake honoured the late Indian singer by wearing a t-shirt that had Moose Wala’s portrait along with “1993-2022” written under it. The gesture was lauded by everyone in the audience and on the internet too.

A Twitter user shared a picture of Drake and wrote, “Sidhus influence and impact will live forever. A young man who came from Punjab to Canada as an engineering student, turning into the biggest name in Punjab music and having some of the biggest names in music history like Drake repping him. Sidhu Moosewala Forever.” Another user tweeted, “Drake a real one. RIP Sidhu Moosewala.”

In the loving memory of their son Sidhu, his parents Balkaur Singh and Charan Kaur got tattoos that honoured his life and musical career. The father got Sidhu’s portrait inked on his arm, while the mother’s tattoo read, “Shubh Sarwan Putt.”

Our parent’s love is everything Sidhu Moose Wala mom and dad both get tattoos in memory of their son . Of all the love we receive , it is only our parents love that will never give up on us , no matter what we do or feel or how much we hurt .🥺❤️ pic.twitter.com/iYgXgAzigG

Sidhu Moose Wala was shot dead by assailants on May 29, 2022. In the middle of the road, the shooters attacked the singer and succeeded to kill him on the spot. The entire nation mourned his death and expressed grief. Several protests erupted across the country as well.