Drake is clearing all the air! In the past, we have seen how many celebrities have faced backlash from the environment-friendly netizens who have slammed them for using the airways for covering a very short distance. Now, joining the long list, Drake was recently part of this trolling. But, the singer was quick to clear all the rumours, but actually, his explanation has landed him in a new internet debate.

The Canadian singer, who was recently called out by several netizens over using his private jet for covering a 15-minute distance has responded and said that the aircraft was just being transferred to the location they are being stored and no one was on-board.

Responding to an Instagram post of a Toronto-based new agency about Drake and the internet calling the singer out for using a flight from Toronto to Hamilton. 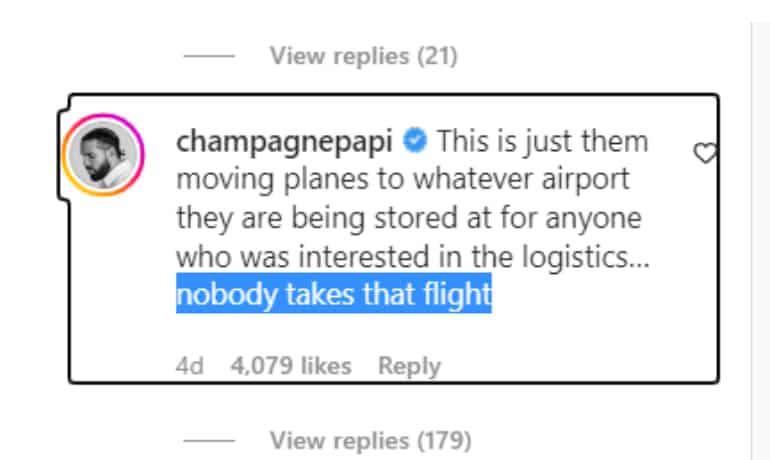 Drake, whose IG name is champagnepapi, commented on the post and explained, that, ”This is just them moving planes to whatever airport they are being stored at for anyone who was interested in the logistics.”

Further adding, ”nobody takes that flight.”

This all started over a tweet by a tweeter-handled named Celebjets, which tracks all the private jet flights of celebrities and how their short distance flight are affecting nature when the climate crisis is the most debatable topic in the entire world.

Drake’s clarification started a new debate online, with many netizens taking a sly dig at the singer by saying that this is even worse as he’s flying empty planes & environment is totally fine with it. One IG user wrote, ”that’s even worse you stupid f**k.”

Another wrote, ”@champagnepapi oh well that’s totally ok then. Flying empty planes around is totally fine for the environment.”
”but that’s worse ya know. 4 tonnes of carbon for nothin,” another user replied to Drake’s comment.

The tweet revaled that the singer took a flight of 14 minutes from Toronto to Hamilton and detailed the CO2 emissions, and the fuel used by the jet. 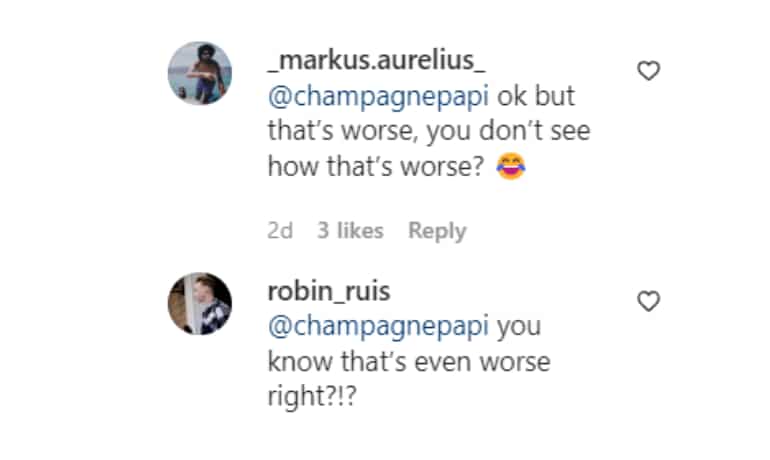 However, this is not the first time when any celebrity has been called out for their private jets and their short flights that emits a huge amount of greenhouse gases and how it is harmful to the environment.