Skip to content
HomeEntertainment‘Drishyam 2’ teaser out! Ajay Devgn wants you to recall the original story once more 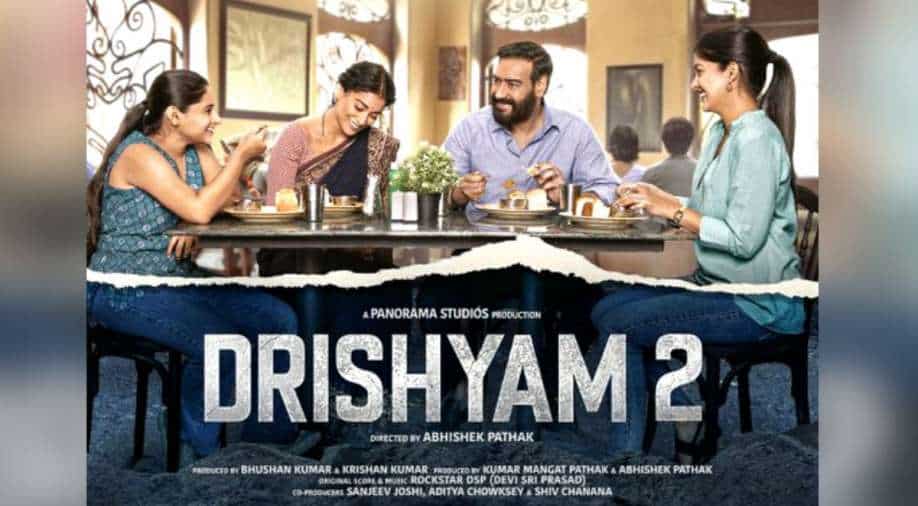 The teaser of ‘Drishyam 2’ was unveiled on Thursday on social media. A sequel of the hugely successful ‘Drishyam’, featuring Ajay Devgn, Shriya Saran, Ishita Dutt, Tabu, and Rajat Kapoor in prominent roles, ‘Drishyam 2’ promises to take the story forward of Vijay and his family.

While most are eager to know how the story of ‘Drishyam 2’ will unravel a new mystery, makers want the audience to do a quick recap of the first story.
Ajay Devgn took to Instagram to share the teaser.  The teaser shows some clippings from `Drishyam` showcasing the mysterious story of Vijay Salgaonkar (played by Ajay Devgn) and his family.

At the end of the 1 minute 20-second long teaser, Ajay Devgn’s character, who has now aged a bit, can be seen recording his confession.

Ajay Devgn`s character of Vijay in the hit 2015 film `Drishyam` made everyone believe that their family went on a holiday which in turn was a perfect alibi to save his family from a murder conviction.

Ajay is all set to reprise one of his most intriguing characters on-screen and continue in Vijay`s shoes in the sequel. Tabu will reprise her role as Meera Deshmukh, Inspector General of Police.

The Hindi version, headlined by Ajay, was a remake of 2013’s Malayalam movie of the same name, starring Mohanlal as the lead. It was helmed by National-Award-winning director Nishikant Kamat, who died in 2020 at the age of 50.

Mohanlal’s ‘Drishyam 2’, in Malayalam, was released in 2021 and received rave reviews.

Meanwhile, Ajay Devgn will be next seen in an upcoming comedy film ‘Thank God’ alongside Sidharth Malhotra and Rakul Preet Singh. He also has Boney Kapoor`s period film ‘Maidaan’ and his next directorial ‘Bholaa’ in his kitty.