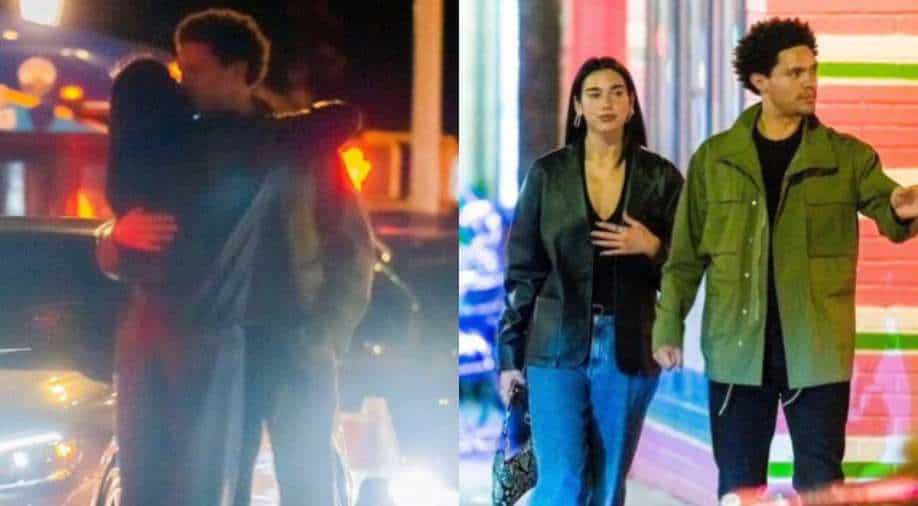 ‘New Rules’ singer Dua Lipa was spotted leaving a Jamaican restaurant with ‘Daily Show’ host Trevor Noah on Thursday evening. According to reports, the two were seen “hugging and kissing on a cosy night out” in NYC. Photos of the two have gone viral across social media platforms and have ignited romance rumours.

The photos were first published in The Daily Mail and the publication reported that the two had “some stellar chemistry” as they ended the night with a “romantic kiss”. Meanwhile, an onlooker also spoke to the publication and shared his observation of the two celebs.

“They were quietly sitting away from everyone else at the restaurant,” an insider mused. “It was clear they were into each other and sat close together throughout the meal. They left together and walked, stopping for long embraces and on the second kiss with hugs.”

The singer had previously split from Gigi and Bella Hadid’s brother Anwar Hadid in December 2021 and Trevor reportedly got separated from his partner Minka Kelly in May this year.

Earlier this year, the singer shared that she is making some healthy changes in her life, which includes quitting smoking, ahead of her world tour. Now she is seemingly looking to settle down and romance could be on the cards.

“I had laryngitis (last) December and that kind of kickstarted me quitting smoking a month earlier than I was supposed to. But I did it and I have stuck to it,” she previously told The Sun.

Meanwhile, Trevor recently announced that he will be quitting the satirical news programme ‘The Daily Show’ after seven years of association. His replacement has not been announced yet.