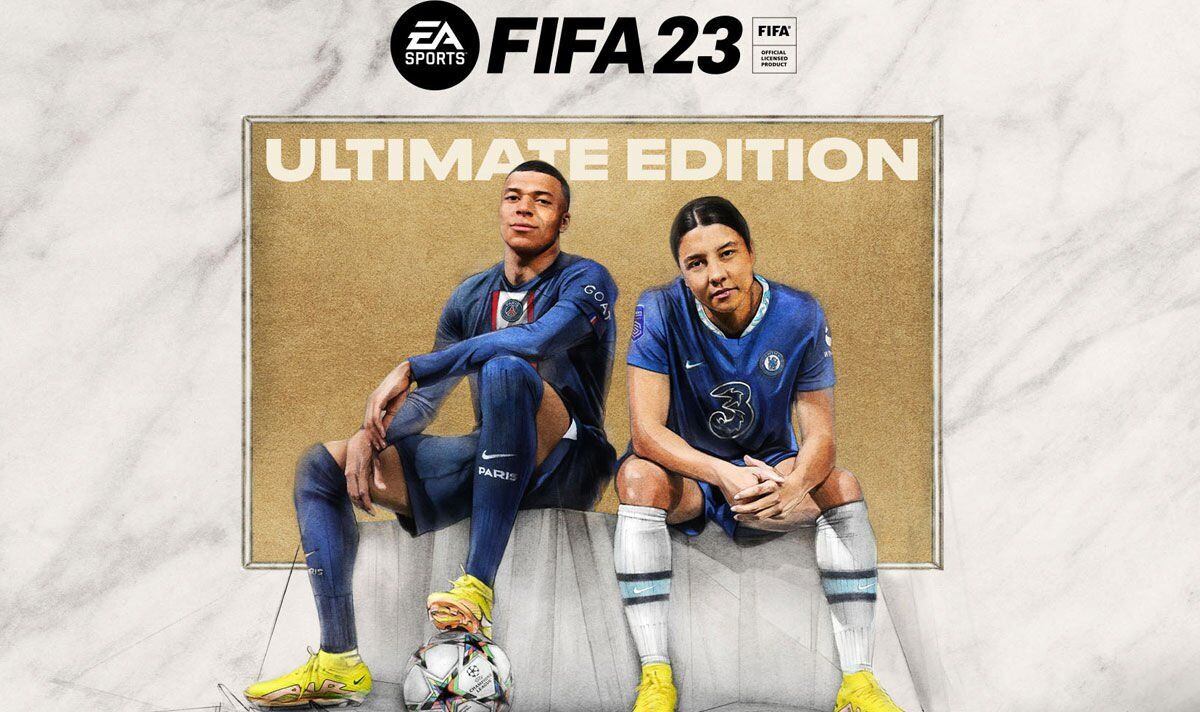 FIFA 23 will be breaking new boundaries, with the next game in EA’s iconic footie series featuring men’s and women’s cover stars. The FIFA 23 Ultimate Edition will feature PSG and France superstar Kylian Mbappe and Chelsea and Australia icon Sam Kerr on the global cover. This news, which was revealed today by EA, marks the first time the cover for the hugely popular footie series will have a men’s and women’s player side-by-side on the global cover.

It’s a landmark moment for the FIFA series.

Women’s football has long featured in FIFA games, with women’s international teams being playable since FIFA 16.

But this is the first time that icons from both sides of the beautiful game have appeared on the game’s sleeve.

Besides being a big moment for inclusion, FIFA 23 is also a landmark release for EA’s series in general.

That’s because FIFA 23 will be the final game in EA’s series to feature the FIFA name.

EA previously announced that from 2023 the long-running footie series will adopt the name EA Sports FC.

More on this new chapter in the franchise is set to be revealed in summer 2023, but fans can rest assured that despite the name change all the modes fans know and love will be returning.

Speaking about this big change for the EA series previously, EA said: “Next year, EA SPORTS FC will become the future of football from EA SPORTS. Alongside our 300+ license partners across the sport, we’re ready to take global football experiences to new heights, on behalf of all football fans around the world.

“Everything you love about our games will be part of EA SPORTS FC – the same great experiences, modes, leagues, tournaments, clubs and athletes will be there. Ultimate Team, Career Mode, Pro Clubs and VOLTA Football will all be there. Our unique licensing portfolio of more than 19,000+ players, 700+ teams, 100+ stadiums and 30 leagues that we’ve continued to invest in for decades will still be there, uniquely in EA SPORTS FC. That includes exclusive partnerships with the Premier League, La Liga, Bundesliga, Serie A, the MLS – and more to come.

“This new independent platform will bring fresh opportunity – to innovate, create and evolve. This is much more than just a change of symbol – as EA SPORTS, we’re committed to ensuring EA SPORTS FC is a symbol of change. We’re dedicated to meaningfully reinvesting in the sport, and we’re excited to work with a large and increasing number of partners to expand to new authentic experiences that bring joy, inclusivity and immersion to a global community of fans.”