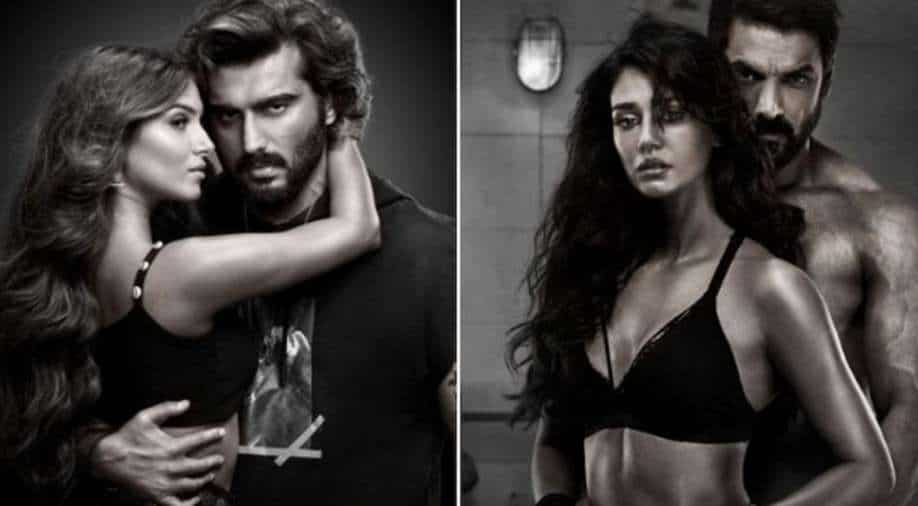 Bollywood never learns. At a time when the Hindi film industry is going through an unprecedented crisis where film after film is failing to create a mark at the box office, makers are nonchalantly pelting out ridiculous stories which are offensive, illogical and in ‘Ek Villain Returns’ case misogynistic- hoping that these films are lapped up by the audience. Filmmaker Mohit Suri, who has in the past made some edgy, engaging slow burners on screen like ‘Zeher’, ‘Kalyug’ and even ‘Aashiqui 2’ (even though it was a remake of ‘A Star Is Born’) comes up with the most skewed story where hate and killings are fuelled by love and the lead protagonist also turns a new leaf thanks to love.

Arjun Kapoor plays Gautam, a rich brat who does questionable activities because he has to win at everything. To win a woman’s love and attention, he can fake a rape. To put his ex-girlfriend in place and make her regret dumping him, he can crash her wedding and break bottles on people’s heads and to take revenge for a silly online prank, he can sleep with a woman and make her fall in love with him. Thank god, Gautam only exists in cinema, because in real life the man would have either been in jail or in some mental health therapy centre for being this strange.

What’s the plot of the film?

Gautam and rising singer Aarvi (Tara Sutaria) have a strange on-again-off-again relationship. Aarvi goes missing at the beginning of the film and is presumed dead and the police suspect Gautam as the killer. During questioning, the police also speak to Bhairav (John Abraham) a taxi driver who dropped Aarvi off hours before she disappeared. Bhairav has a complicated relationship with Rasika (Disha Patani). While investigating officer (Shaad Randhawa) feels Gautam is the killer, ACP Razi (JD Chakravarthy) connects it to previous murders which have had a similar pattern. Is Gautam responsible for the killing of Aarvi or has Bhairav done the crime forms the rest of the story.

Written by Suri and Aseem Arora, the film has plot twists that put Abbas-Mustam thrillers to shame. And they are not always the most logical ones. Things begin to get bizarre from the first hour itself. Why is Gautam the way he is? How does a taxi driver in India manage to go and shop at expensive places? Why doesn’t anyone get hurt or break a limb despite being thrown from heights, pushed against glass windows and hung from moving trains? Why do the women in this universe always cheat the men? Why are the men always the jilted lovers? Why does this movie even exist?

In ‘Ek Villain Returns’, the women are always using the men. To get fame, to satisfy their sexual needs, to satiate their psychotics behaviour. So excuse these men if they turn psycho, okay? Because it is ok to brutally kill women as they have been hurt by other women. They are the victims, not the women. ‘Ek Villain Returns’ in a way glorifies the aggression of jilted lovers. And hey we can’t put the blame on cinema for glorifying abuse, right? Who even takes films seriously these days?

Mohit Suri’s films usually have soulful numbers and this one too has some beautiful numbers. Not all of them make sense in the film’s narrative but hey we are not supposed to look for logic here, right?

With terrible editing, child-like VFX and action sequences inspired by several Korean action films, ‘Ek Villain Returns’ feels like a bad early 2000 action film that was the norm in Bollywood two decades ago. The film is as ridiculous as the innumerable FIRs that are being lodged against Ranveer Singh for his viral photos.

The performances are nothing to write about. The men- John Abraham and Arjun Kapoor struggle to look evil and vulnerable at regular intervals. The women- Tara Sutaria and Disha Patani at least try to deliver their respective roles but the characters are not fleshed out and they can’t do much to elevate the film.

A sequel to ‘Ek Villain’, which was a middling affair, ‘Ek Villain Returns’ makes the original look better. It glorifies the angst of jilted one-sided love throughout the film and only gives a mild sermon on how the feeling of love can be enough to keep one afloat even if it is not reciprocated. But the sermon comes at the fag end of the story and by then the brain has become numb watching this bizarre story.

Think twice before going for this film.