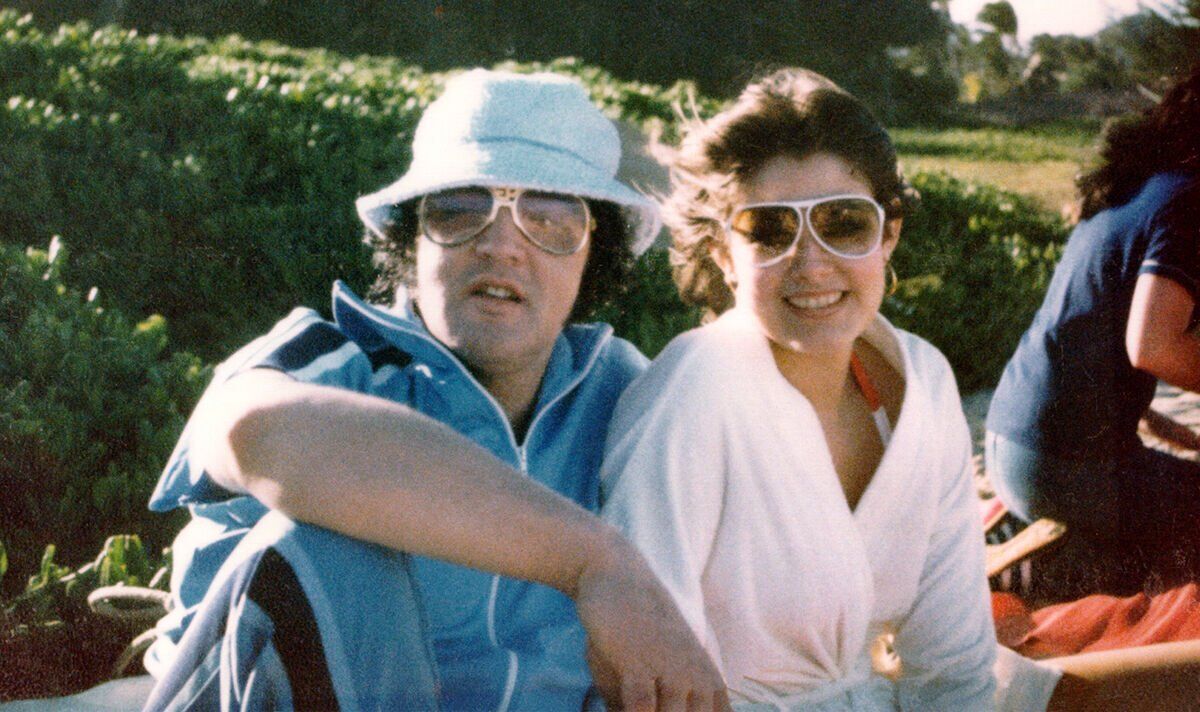 Baz Luhrman’s Elvis biopic’s home entertainment release next week coincides with the annual Elvis Week celebrations, hosted at Graceland. The King died in the early hours of August 16, 1977, aged just 42. The popular image depicts the tawdry and pitiful image of a fallen idol, despairing and alone in his bathroom. But this is not the truth according to Ginger, who was there in his final months by his side. The star’s girlfriend and his father Vernon were the two people closest to him at that time. They both describe a man who was looking to the future with excitement not lost in the past. In his final hours, Elvis even had an emotional conversation with Ginger about what he planned to do next.

Ginger was often dismissed at the time and in the years afterward by The King’s Memphis Mafia entourage. She had never bonded with them like previous girlfriend Linda Thompson. But Vernon spoke later about how deeply in love his son was with the former beauty queen.

After separating from Priscilla in February 1972, Elvis had dated Linda for over four years, followed briefly by Mindi Miller.

The King started seeing Ginger in 1976 and soon after asked her not to see anyone else. Although he frequently hinted at marriage with many of his girlfriends, he actually proposed to Ginger with an enormous diamond ring.

She described the incredible moment and then what happened months later on the night he died.

Ginger said: “On the day he proposed, he said: ‘Ginger, I’ve been searching for love so long, and never in my wildest dreams did I ever think I would find it in my own backyard. I’ve been 60% happy and 40% happy, but never 100%. I’ve loved before but I’ve never been in love. Ginger, I’m asking you, will you marry me?’

“Elvis brought his hand out from around his back. In it was a small, green velvet box. Nearly overcome by emotion, my voice quavered. ‘Yes,’ I managed.

“Our relationship had been so intense, as if he wanted me to know almost everything about him in a short time. I felt I’d found my soulmate. My hand was shaking as we kissed and stepped out of the bathroom into the bedroom. My hand was still trembling as he kept lifting it to look at the ring saying, ‘oh boy.’”

DON’T MISS
Elvis first love June BEFORE he was famous: ‘He wanted to marry me, The Colonel stopped us’
Elvis: Lisa Marie’s distress about the “damned” graveyard in Graceland’s garden
Michael Jackson: Lisa Marie’s heartbreaking discovery after he died

In March that year, the pair went on holiday to his favourite place, Hawaii, accompanied by friends. According to Ginger, Elvis had plans to get back in shape and make some important changes in his life.

Elvis struggled with his health in the following months and had been on a break from constant touring during those last few weeks of August. He had fired two of his bodyguards, Sonny and Red West who had retaliated with a tell-all book, Elvis: What Happened, detailing his drug use and lifestyle.

Despite his enormous personal distress over the betrayal, he was due to fly back out on tour the day he died, and his mind was filled with exciting plans for his professional and personal life.

Ginger said: “(We were) sitting in his daughter Lisa Marie’s bedroom in the early hours of August 16th when Elvis began discussing wedding plans and setting a date with me.”

Ginger added: “Elvis was looking forward to many things, marriage, more children, serious films and his next tour.

“He was in a good mood, we had just set a wedding date literally hours earlier and he told me a couple of weeks before he passed that he had been off too long. He was ready to go back on stage, something he loved with all of his being.

“This day had begun with excitement and hope for Elvis and me, but ended in heartache and disbelief. At the age of 42, my fiancé, Elvis Aaron Presley, was dead.”