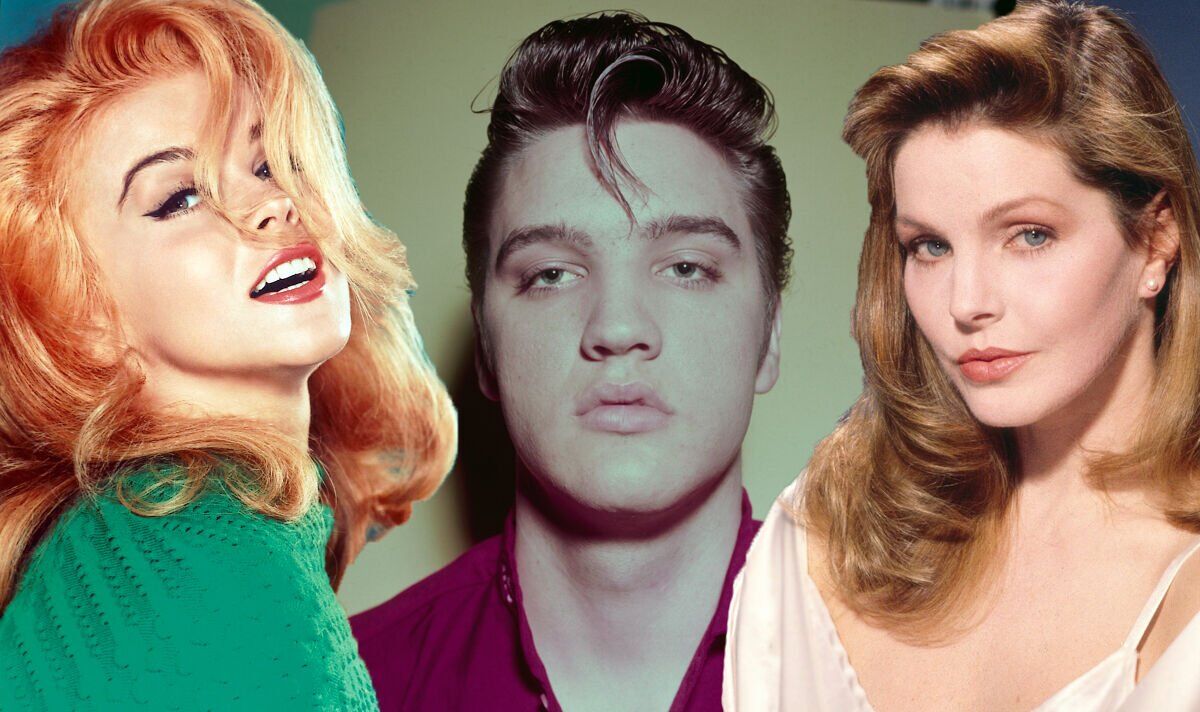 Elvis Presley‘s life is being celebrated today with the release of Baz Luhrmann’s biopic, Elvis. But the film leaves out large parts of the star’s story.

1963 was a particularly big year for Elvis. In March, he moved his long-term girlfriend Priscilla Presley (Beaulieu at the time) into Graceland permanently. He had first met her a few years prior while he was stationed at Friedberg, Germany, after being drafted into the US Army. He then convinced her parents to allow them to live together.

Later in the year, Elvis agreed to star in Viva Las Vegas, alongside an up-and-coming actress named Ann-Margret. But he didn’t expect to fall madly in love with the Swedish-American star almost straight away.

Elvis and Ann-Margret’s first meeting has been described as “electric”. Their personalities were apparently so similar that Ann-Margret was called the “female Elvis”.

And during the filming of Viva Las Vegas, the pair were rarely apart. They spent all their spare time together, and before long their sordid affair became a relationship fuelled by love.

After the film had wrapped shooting, Elvis returned to Graceland to be with Priscilla. But he didn’t break up with Ann-Margret.

Before long, Elvis and Priscilla took a trip to Los Angeles – but they were not expecting to be met by a slew of false headlines.

During their trip, a fake story broke about Elvis being secretly engaged to Ann-Margret. Of course, Elvis wasn’t happy, but Priscilla was devastated.

Priscilla recalled in her memoir, Elvis and Me, that her anger grew into a spiteful rage. She was tired of “the secrets and lies” that she had been subjected to.

In a blind fury, Priscilla threw a vase across the room and it broke against a wall.

This drastic act opened Elvis’ eyes to the gravity of the situation. And he responded in kind.

Elvis told Priscilla: “It’s over, Cilla. I swear to you. It’s over.” He noted how he simply got “caught up in a situation that was out of hand from the beginning”.

Priscilla did recall some comments Elvis made about dating “leading ladies” in Hollywood, though. He said: “They’re into their careers and their man comes second. I don’t want to be second to anything or anyone.”

But, Ann-Margret told a very different version of events in her own memoir, My Story.

Ann-Margret wrote in her book: “There were other factors in Elvis’s life that forced him apart from me, and I understood them. Elvis had always been honest with me, but still, it was a confusing situation.”

Looking back, she added: “We continued to see each other periodically until we had dated for almost a year. Then everything halted. We knew the relationship had to end, that Elvis had to fulfill his commitment.” (sic)

After breaking up with Ann-Margret, Elvis proposed to Priscilla – he “fulfilled his commitment”. They were married shortly thereafter, on May 1, 1967.

Ann-Margret married her husband, Roger Smith, exactly one week later on May 8, 1967.

Elvis is in cinemas now.