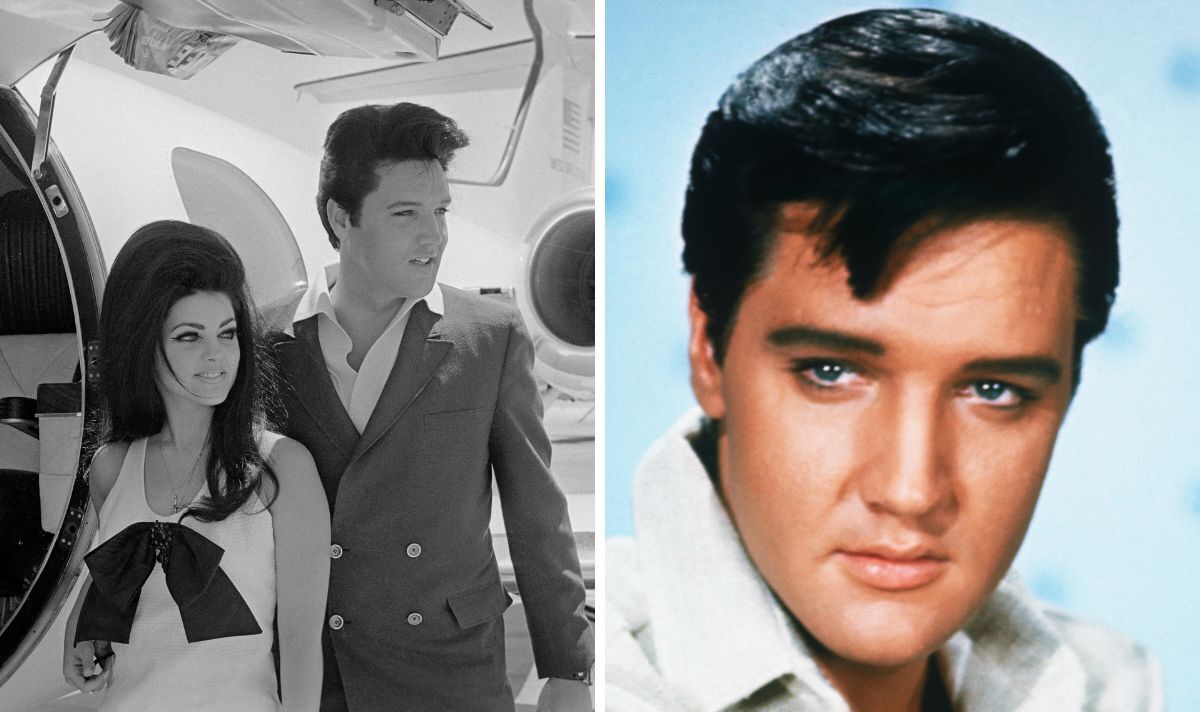 Tonight, Elvis Presley‘s iconic Jailhouse Rock film airs from 8.50pm on Sky Arts. The rock’n’roll drama follows Presley’s character Vince Everett, who is sentenced to jail for manslaughter, and taught how to play the guitar while inside by his cellmate. After he’s freed, Everett sets up a record company, and soon the new rock’n’roll sound is born.

The 1957 flick is often considered Presley’s finest work on screen, and while it was initially negatively received by critics, decades later it was selected for preservation in the National Film Registry by the Library of Congress.

Its dance sequence to the film’s title song is often considered Presley’s “greatest moment on screen”.

Presley, who died aged just 42, is as well known for his incredible voice, as he is his exploits away from the glare of the media, including his relationships.

Perhaps the most famous of his partners was his wife Priscilla Beaulieu, who he married in 1967, before divorcing some six years later.

While they appeared a united front at times during their relationship, Priscilla herself has discussed at length how difficult the union was, and how she often felt pressured into marrying the rock star.

Prior to their marriage, Presley’s infamous manager Colonel Tom Parker noted he was worried about any potential fallout with fans and the press should he not marry his sweetheart.

And so, before Christmas in 1966, Presley proposed, and the couple wedded the next year in Las Vegas.

Speaking to Barbara Walters in 1985, Pricilla noted how Parker “put the pressure to marry, and marry soon” on the couple.

Priscilla’s father, Captain Joseph Beaulieu, asked to meet Presley, and demanded to know “why my daughter… when you have women throwing themselves at you”.

According to a People essay in 1978, Elvis replied: “I happen to be very fond of her. She’s a lot more mature than her age and I enjoy her company.

“You don’t have to worry about her, Captain. I’ll take good care of her.”

Speaking to Walters, Pricilla continued: “He came to the house and he was charming and wonderful.

“My family had a lot of faith in him.”

But while he was an affable person around his family, concerns continued to grow inside the Beaulieu household, as her parents became “confused and bewildered” by the relationship.

Priscilla added in People: “We tried to make them believe that it was proper and platonic, and they wanted to believe me.

“Whenever they tried to stop us from seeing each other, I pleaded and cried and made them and myself miserable.

“In retrospect, I don’t think anything could have stopped me from seeing Elvis.”

Presley and Priscilla when she was just 14 years old, and The King was station in Germany during his military career.

Priscilla was concerned that when he returned back to the US in 1960, Presley may no longer be interested in having a relationship, adding: “I dreaded this day very much because I didn’t know, actually, if I was ever going to see him again.

“One request that he asked that I not be teary eyed, so you see me smiling here.

“There are other pictures where I am down, looking away, and knowing that I may never see him again. So that was the beginning.”