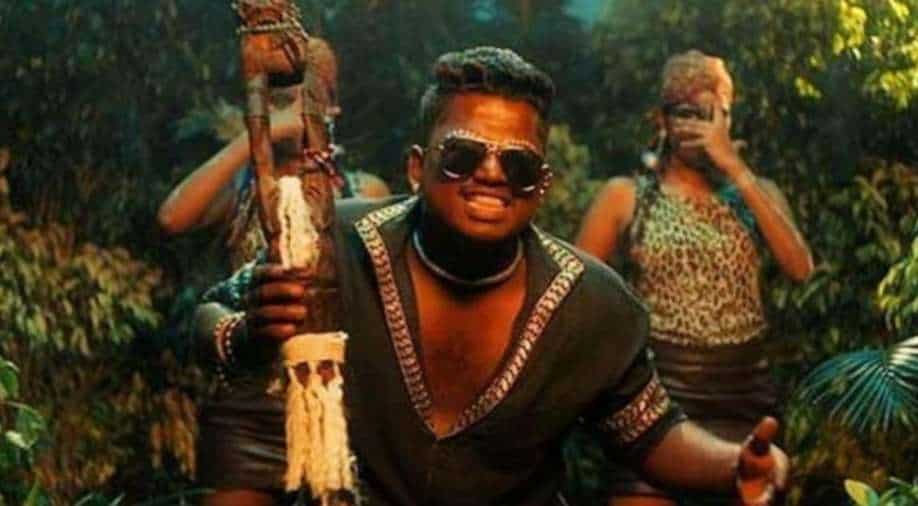 There is a controversy brewing around the popular Tamil song ‘Enjoy Enjaami’. The song which was released in 2021 has amassed so far over 4 million views on Youtube and counting. It has the vocals of singer Dhee and rap by Arivarasu Kalainesan who has also written the song. The two even appear in the music video together. Enjoy Emjaami has been produced by composer Santosh Narayanan and backed by AR Rahman’s music label Maajja. Despite being a hit number that has managed to transcend borders, the song has found its place in the centre of a controversy.

At the opening ceremony of the 44th Chess Olympiad a few days ago, singer Dhee performed ‘Enjoy Enjaami’ live, but Arivu was not invited to be a part of the performance.

While Dhee’s performance at the inaugural ceremony was lauded by one and all, there were many who noticed Arivu’s absence and took to social media to point it out. Later, Arivu himself took to his Instagram account and expressed his disappointment at not being included and alleged caste-based politics as the reason for him being excluded.

Sharing a still of him from the song on his Instagram account on Monday, the rapper wrote, “I ‘composed’, ‘written’, ‘sung’ & ‘performed’ Enjoy Enjaami. Nobody gave me a Tune, Melody or Single word to write this one. Spent almost 6 months of sleepless and stressful nights and days for everything it is right now. No doubt it’s great teamwork. No doubt it calls everyone together. But it doesn’t mean that’s not the history of Valliammal or the landless Tea plantation slave ancestors of mine. Every song of mine will be having the scar mark of this generational oppression.”
“Like this Just one…There are 10000 songs of folk in this land. The songs carry the breath of ancestors, their pain, their life, love, their Resistance, and all about their existence. It’s all speaking to you in beautiful songs. Because we are a generation of blood and sweat turned into melodies of liberating arts. We carry the legacy through songs. Anyone can snatch away your treasure when You’re asleep. Never when you are awake. Jai Bhim. The truth will always win in the end (sic).”

Soon after Arivu shared the powerful message on Instagram, his fans flooded the comment box with messages of solidarity. A fan wrote: “It is super obvious to all of us that ‘Enjoy Enjaami’ is your song Arivu! I am glad you spoke up – after all this time. With you. Jai Bhim. Also! There isn’t a lyricist who can outwrite you or a rapper who could outrap you. Rise in power my man!.”

Another commented, “I was wondering the same when I saw the FIDE Chess Olympiad 2022 Inaugural performance without Arivu! (sic).”

Interestingly, when the music video of ‘Enjoy Enjaami’ was released by the Maaja channel on YouTube singer Dhee was named as the principal artiste, and Arivu’s name was only there as a collaborator. The song’s title reads “Dhee ft. Arivu – Enjoy Enjaami (Prod. Santhosh Narayanan).”