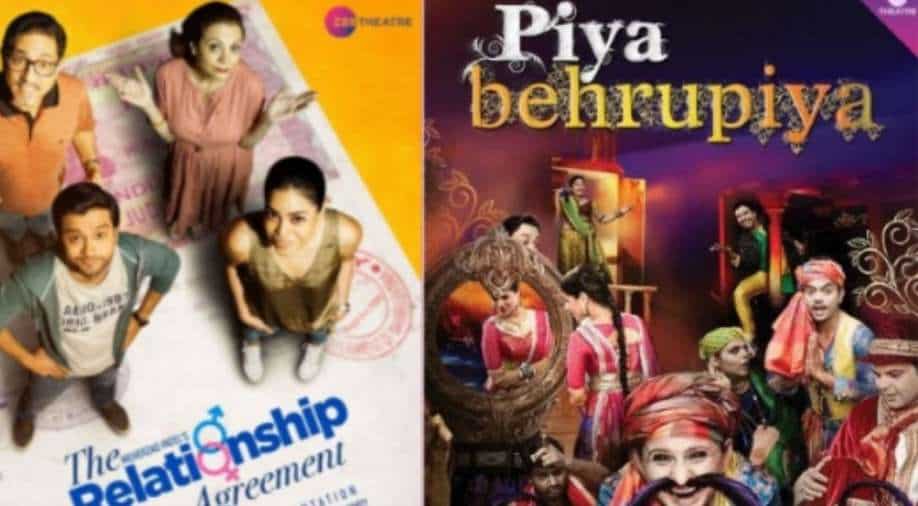 Laughter, it is said, is the medicine of the soul and that is perhaps why World Laughter Day is annually celebrated to raise awareness about the healing benefits of laughter.

To celebrate the bright side of life on this special day, Zee Theatre brings you two uproarious entertainers; ‘The Relationship Agreement’ and ‘Piya Behrupiya.’  Though different in tonality, they have one thing in common. Their comedic plots are packed with witty lines, memorable characters, and an abundance of joy.

This teleplay is a witty take on modern relationships and delineates the futility of trying to micromanage love. On one hand, is a young couple that draws up a relationship contract to avoid the pitfalls of love and on the other hand, is their parents who meet on social media and initiate a freewheeling dating life. What happens when the two perspectives collide is what makes the play a wholesome entertainer. The teleplay stars Sumona Chakravarty, Sajeel Parakh, Darius Shroff, and Pheroza Mody and is directed by Meherzad Patel. It will be screened on TataPlay Theatre.

Director Atul Kumar’s musical entertainer is guaranteed to bring on hearty laughter with its multiple storylines, mistaken identities, and loads of comic twists.  This adaptation of Shakespeare’s timeless comedy ‘Twelfth Night’ has been performed many times in India and abroad to great acclaim. It is now considered to be a modern classic thanks to its foot-tapping fusion music and its evergreen tale of love where Duke Orsino pines for Olivia, Olivia longs for Cesario, and Cesario, who is, in fact, Viola in a man’s disguise, wants to win over the Duke! The teleplay stars Geetanjali Kulkarni, Amitosh Nagpal, Sagar Deshmukh, Mansi Multani, Mantra Mugdh, Gagan Riar, Neha Saraf, Trupti Khamkar and Saurabh Nayar. The teleplay version of ‘Piya Behrupia’ is directed by Swapna Waghmare Joshi and will be screened on Dish and D2H Rangmanch Active and Airtel Spotlight.