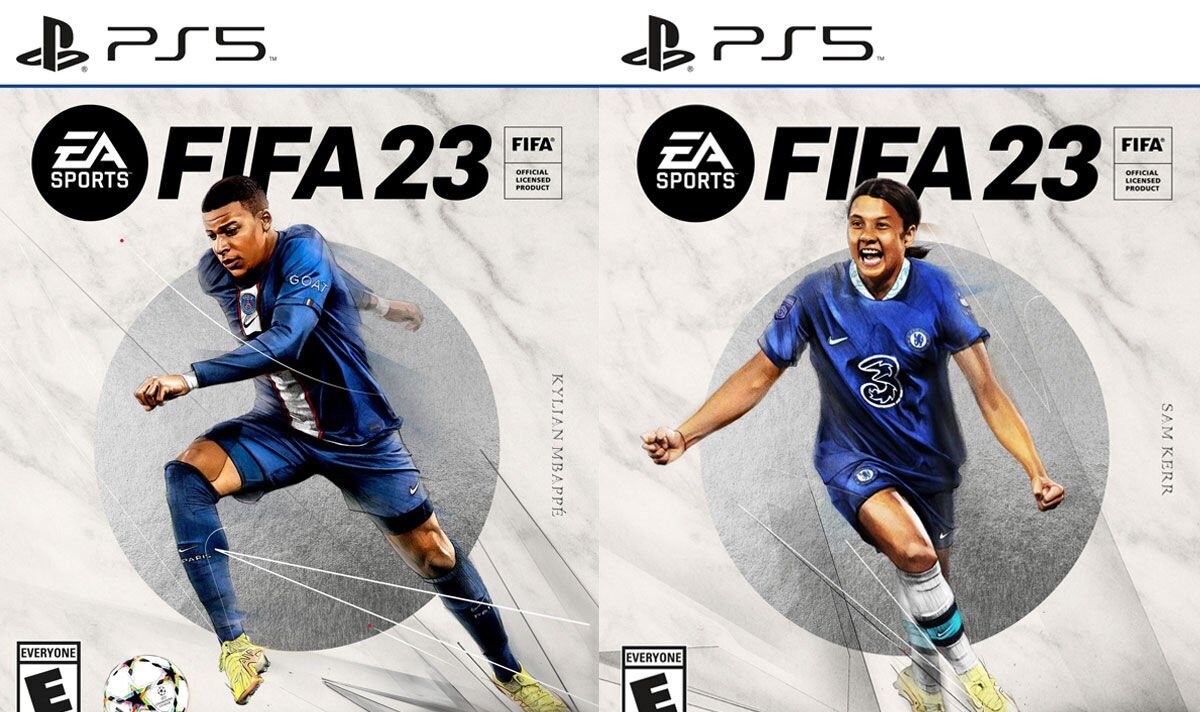 Depending on where you purchase FIFA 23 you will either get Kerr or Mbappe on the cover. Kerr is the FIFA 23 Standard Edition cover star in New Zealand and Australia.

This cover featuring Kerr will also be available worldwide as an Amazon exclusive.

Mbappe, meanwhile, will appear on the cover for the Standard and last-gen versions of FIFA 23 in the rest of the world.

The news EA has announced this week marks a landmark moment not only for the FIFA series but also for the women’s game.

Kerr is appearing as a FIFA 23 cover star in what’s a big 12 months for women’s football, with the Women’s Euro 2022 tournament currently taking place where the Lionesses are putting in an electrifying series of performances on home turf.

And then, after this huge international tournament the Women’s World Cup will be the next big prize on the line with that major competition kicking off next July in Australia and New Zealand.

Speaking about this news, the official account for the Barclays Women’s Super League posted on Twitter: “The first woman to feature on a global FIFA cover

FIFA 23 – as EA previously announced – will be the final game in EA’s long-running series to have the FIFA name, with next year EA launching the EA Sports FC series.

However, despite the name change all the modes fans know and love – such as FUT and VOLTA – will be returning.

In a previous announcement EA said: “Everything you love about our games will be part of EA SPORTS FC – the same great experiences, modes, leagues, tournaments, clubs and athletes will be there. Ultimate Team, Career Mode, Pro Clubs and VOLTA Football will all be there. Our unique licensing portfolio of more than 19,000+ players, 700+ teams, 100+ stadiums and 30 leagues that we’ve continued to invest in for decades will still be there, uniquely in EA SPORTS FC. That includes exclusive partnerships with the Premier League, La Liga, Bundesliga, Serie A, the MLS – and more to come.

“This new independent platform will bring fresh opportunity – to innovate, create and evolve. This is much more than just a change of symbol – as EA SPORTS, we’re committed to ensuring EA SPORTS FC is a symbol of change. We’re dedicated to meaningfully reinvesting in the sport, and we’re excited to work with a large and increasing number of partners to expand to new authentic experiences that bring joy, inclusivity and immersion to a global community of fans.”

The EA Sports FC game will launch in summer 2023.