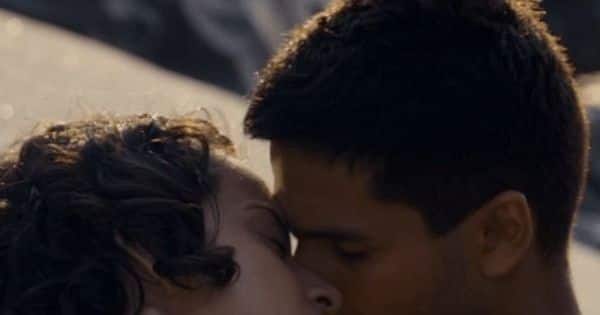 In the history of Bollywood, Shahid Kapoor and Kangana Ranaut have probably been one of the most unkind costars who locked horns during the promotions of Vishal Bhardwaj‘s 2017 directorial Rangoon. It all started when Kangana complained about Shahid’s runny nose while filming their much-talked about steamy kissing scene. Also Read – Liger Hindi first weekend box office collection: Vijay Deverakonda starrer surpasses lifetime collection of Ayushmann Khurrana, Kangana Ranaut and other Bollywood stars’ biggies

Sharing her experience of sharing a kiss with Shahid, Kangana had told DNA, “I don’t like intimate scenes in a film. They are the most difficult to shoot. You have a formal equation with someone and suddenly you are into each other’s mouth. That big moustache of Shahid is horrible. It was such a … Not a turn-off but a tragedy of different level! When I asked him about it, he said he applies wax and has a running nose! Mera naak isme bah ke jaata hai.” Also Read – KRK alleges Hrithik Roshan showed him Kangana Ranaut’s private pictures during his legal battle with her

When Shahid was asked about his experience of shooting the same scene, he said that he doesn’t remember anything about the scene, “Kuch yaad hi nahi aa raha hai. Blank ho gaya hoon main, yaar. If it was in the keechad, it was keechad-y.” Also Read – Kangana Ranaut’s Emergency: Milind Soman to Mahima Chaudhry; check out the look of all stars in the movie

Later, Shahid accused Kangana of lying and making up things about their kissing scene. “I have to tell you that Kangana makes up things in her head. She has a vivid imagination. I don’t remember telling her all this at all,” he had said.

Their unusual exchange had sparked rumours of their cold war. It was also being said that Kangana was interfering with the creative decisions. However, both actors refuted the reports.