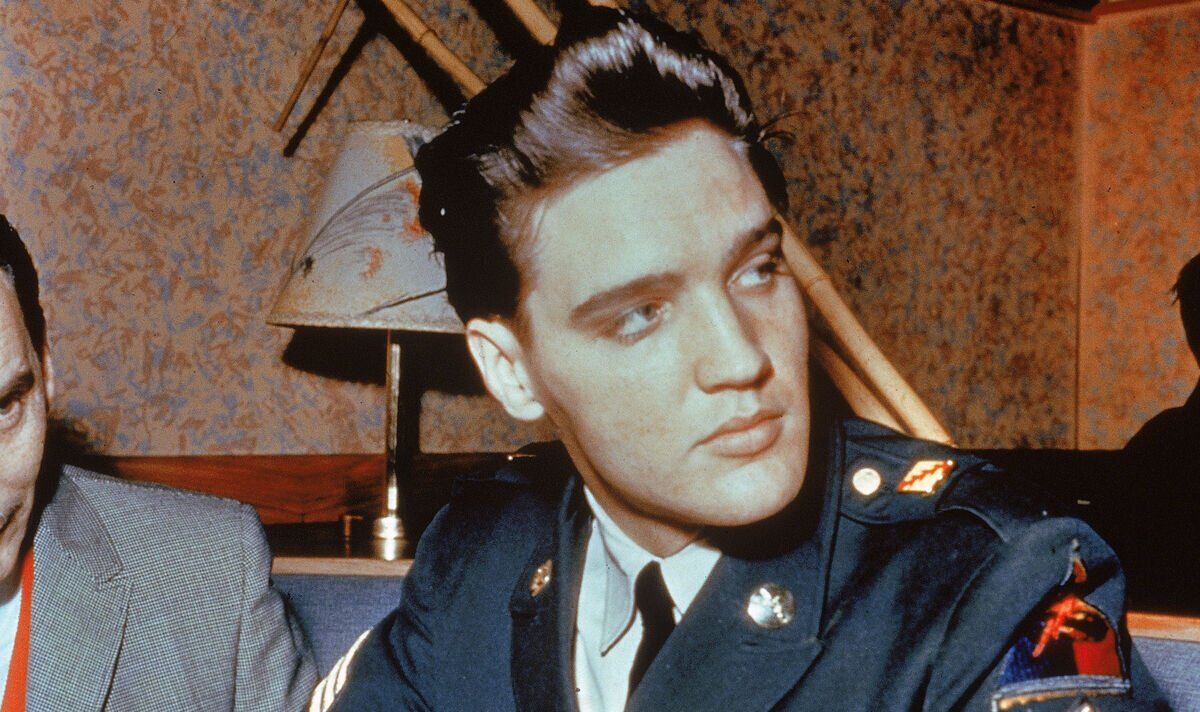 When Elvis Presley was shipped to Friedberg, Germany, in 1958, he had to start a new life for himself in the US Army. But, despite being in the forces, he was still a star back in the USA. Because of this, he had bags of fan-mail delivered frequently. To keep on top of it, he hired a young woman named Elisabeth Stefaniak to help him with his workload.

The young German girl was rumoured to be one of Elvis’ girlfriends while he was in Europe. But she also helped him out with everything else in his life.

On top of working for him, the 19-year-old woman also assisted him by going grocery shopping and buying clothes with him.

But one occasion left her struggling to keep it together when she was berated in public by the King of Rock and Roll.

It began when they went to Bad Nauheim together, a German town, to do a spot of shopping. Elisabeth recalled: “He also wanted to buy me some clothes.”

During their quest for new clothes, Elvis spotted something he was interested in. Elisabeth went on: “While there, he chose a particular trashcan he liked for his bathroom. We were in the store I said to him: ‘Elvis, you already have a basket in your bathroom’ … Well that was the wrong thing to say!”

Things quickly turned sour between them, however, as the King lost his rag and began screaming at her.

Elvis yelled: “Don’t you ever tell me what to buy or not to buy. If I want to buy a thousand trashcans [I will].”

Elisabeth added: “We walked out the store and that was when he said: ‘I was going to buy you some clothes but you ticked me off.'”

Their lovers’ spat didn’t end there, however.

In 1964 Elvis had invited his long-term girlfriend, Priscilla Presley (Beaulieu, at the time) to live with him at his home, Graceland.

When filming began on his movie, Viva Las Vegas, however, the King became infatuated with his co-star, Ann-Margret. The pair embarked on a sordid love affair that lasted just over a year.

The press eventually found out, however. And once they did, the story was printed in newspapers around the world. It didn’t take long for Priscilla to find out.

Elvis denied the affair at first, and when he did he raged at Priscilla for being duped by the papers’ apparent “lies”.

Priscilla was furious with Elvis. But in a fit of anger, he threw her on the bed.

He screamed: “Look, damn it! I didn’t know this was going to get out of hand. I want a woman who’s going to understand that things like this might just happen. Are you going to be her or not?”

Before long, Elvis split with Ann-Margret, and the following year he proposed to Priscilla. On May 1, 1967 they were finally married.