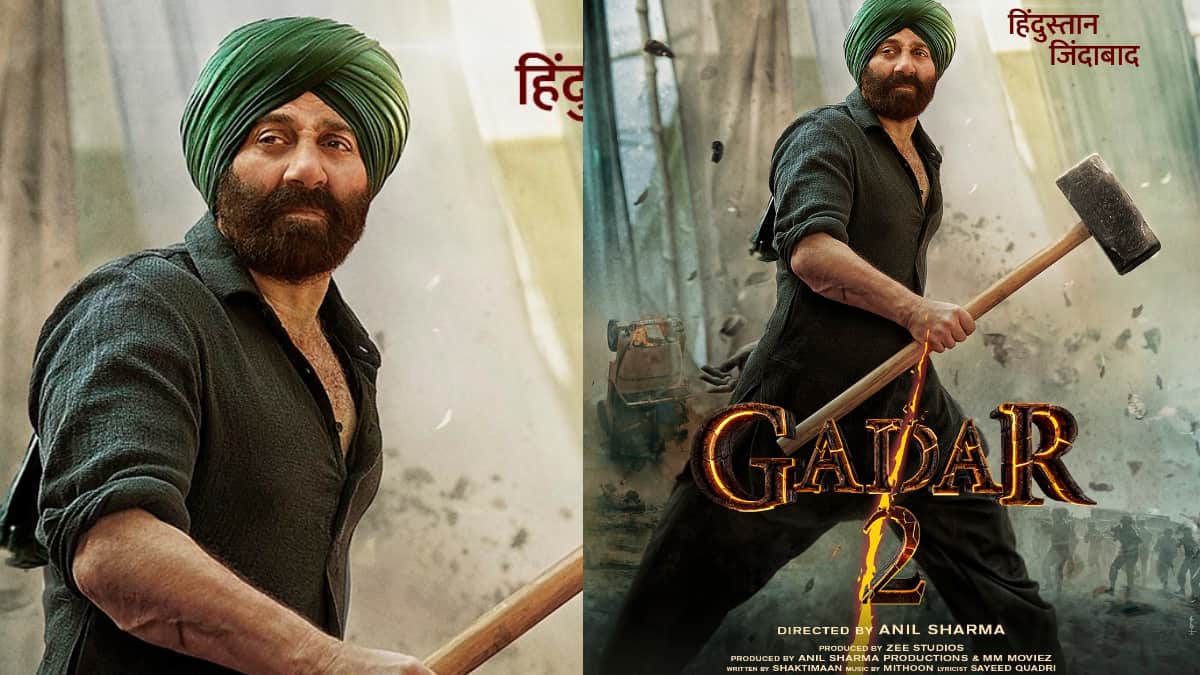 Gadar 2, the sequel to the 2001 Indian period action drama film Gadar: Ek Prem Katha, just got its first look.  Sunny Deol and Ameesha Patel will return to portray the roles of Tara Singh and Sakeena Ali Singh, respectively. Director, Anil Sharma, and writer Shaktiman Talwar, also come back. Utkarsh Sharma, who played the role of Tara and Sakeena’s young son, returns as an adult in the sequel. A poster from the film was released by the makers. The picture (embedded below) shows Tara Singh striding across a battlefield with murder in his eyes and a mallet in his hands. There are visuals of war and soldiers in the background.

Bankrolled by Anil Sharma Productions and Zee Studios, the film reportedly shifts the setting to the Indo-Pakistani war of 1971, in which India helped Bangladesh (called East Pakistan then) attain freedom from the clutches of Pakistan. The original was set in Punjab preceding and during the Partition of India in 1947 which caused an inconceivable amount of bloodshed between Hindus, Sikhs, and Muslims in mainly Punjab and Bengal regions.

In the original, Tara Singh at one point lifts a handpump and single-handedly takes on a mob in Pakistan. If you were one of those who cannot have enough of the handpump scene as it is called, the sequel is going to give you a scene that will make you nostalgic. In a teaser for things to come this year, Zee Studios recently showcased a brief clip from the movie. Tara Singh lifts a cartwheel, presumably to hurl it at the baddies. You can see the scene for yourself above. Skip until the 0:43 part.