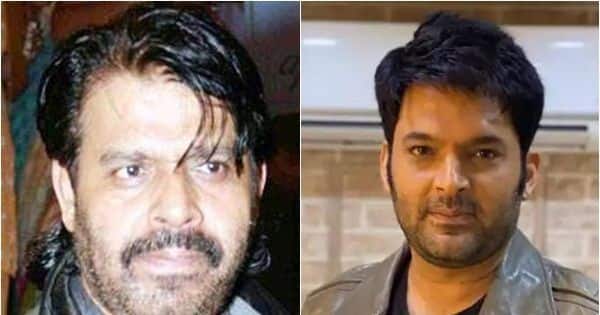 Tinu Verma, the action director of Gadar Ek Prem Katha recently opened up about how he slapped ace comedian Kapil Sharma and kicked him out of the sets of the 2001 film. During his interaction with veteran actor Mukesh Khanna, Tinu recalled the time when Kapil was a part of the opening sequence of the film and how the comedian had messed it up. Also Read – Mika Di Vohti: Has Mika Singh found his ideal one in Prantika Das? Check out their lovely moments [View Pics]

“Kapil Sharma has talked about this on his show as well. His father told him that if he wanted to be an actor, he should visit the sets where Gadar was being shot. I prefer to operate the camera and was looking at the frame when I saw one man running in the other direction. I called him and asked why he did that, and told him ‘teri wajah se one more hua shot, idhar hi jana. bhaag ke jaa (It was retake because of you. Run in this direction).’ I then focused on him but found him running in the opposite direction once again,” Tinu told Mukesh Khanna. Also Read – Ranveer vs Wild with Bear Grylls and Koffee with Karan 7 episode 1 trounce She 2, Masoom and all other OTT releases of 2022 [Full List with Number of Views]

He then added, “Maine camera chhoda aur main uss bade ke paas bhaaga. Aur jaise hi pakda, phaaad (makes a slapping gesture), ek kaan ke neeche diye aur maine bola isko bahar nikaalo. (I put the camera down and ran towards him. The moment I caught him, I slapped him.) Throw him out off the set. It was the same Kapil Sharma.” Also Read – Sunil Grover vs Kapil Sharma: Battle of the best as both actors gear up to fight for TRPs with their comedy shows

In one of the past episodes of The Kapil Sharma Show, Kapil had shared with a clueless Sunny Deol that he worked in Gadar Ek Prem Katha but his part was edited out. “When I saw an empty space, I ran. He (Tinu) grabbed me and gave me a sweet slur. I told him that when you spoke action, I ran. They chased me away; I ran into the crowd again. The film released, and I took my friends to the theatre to show me my scene. My scene was cut,” Kapil had said.

Sunny Deol and Ameesha Patel from Gadar: Ek Prem Katha have reunited for the film’s sequel, 20 years after the blockebuster. The two will be reprising their roles in the film which has flagged off its shooting schedule. Anil Sharma is directing the sequel under the Zee Studios production. The film is scheduled to release later this year.