Bollywood superstar Shah Rukh Khan and wife Gauri Khan’s daughter Suhana Khan, who is all set to make her grand debut with Zoya Akhtar`s `The Archies`, turned 22 on Sunday.

Her mother Gauri Khan took to her Instagram handle and dropped a stunning photograph of Suhana where she can be seen wearing a colourful printed coat with pink pants. Her minimal makeup and wavy hair have added more glam to her look. She captioned the post, “Birthday girl”.

As soon as Gauri shared the post, the first person to reply was Suhana. She commented on the post with several hearts and blushing face emojis, followed by wishes from other Bollywood celebrities. Manish Malhotra wrote, “Happy birthday @suhanakhan2”. While, Karan Johar commented, “Happy birthday, my darling” with heart emoticons. Other celebrities like Farah Khan Kunder, Neha Dhupia and Zoya Akhtar send warm birthday wishes to Suhana.

Ananya Panday who happens to be Suhana’s BFF also shared an unseen childhood photo of the birthday girl to make the day more memorable.
Sharing an old snap of Suhana and her on Instagram stories, Ananya wrote, “Happy birthday to my bestest girl with the best heart. I love u so so much Sue pixie.” Suhana and Ananya share a very close bond and are often seen spending time with each other. 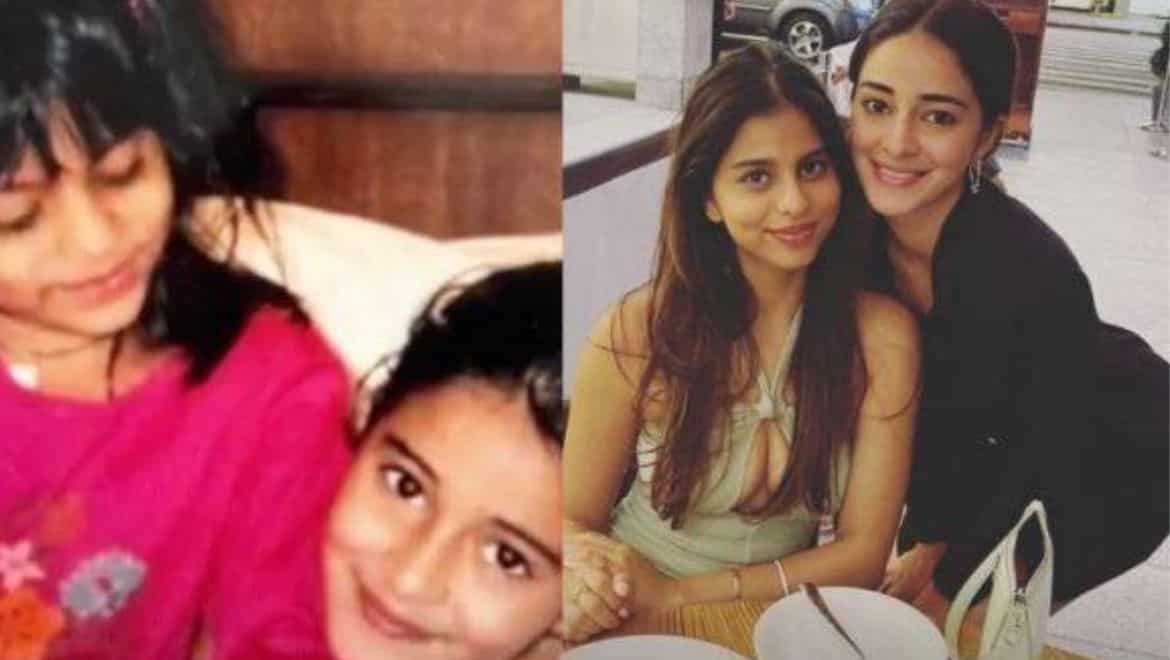 Meanwhile, Shanaya Kapoor too shared an unseen photograph with Suhana on her Instagram account and captioned the post, “sisters by heart”. The picture seems to be from a holiday where both can be seen relaxing.
Soon Shanaya’s mother, Maheep Kapoor, commented on the post with several emoticons.

Talking about Suhana`s work front, she will be making her Bollywood debut with Netflix`s film `The Archies` directed by Zoya Akhtar. The film is a Hindi adaptation of the popular comics Archies. The film also stars Amitabh Bachchan’s grandson Agastya Nanda and Boney Kapoor’s youngest daughter Khushi Kapoor. Recently, a teaser of the film was released by Netflix giving a glimpse of the character’s look.