Skip to content
HomeEntertainmentGene Kelly played ‘nasty tricks’ on Frank Sinatra: ‘He was a pain in the neck!’ 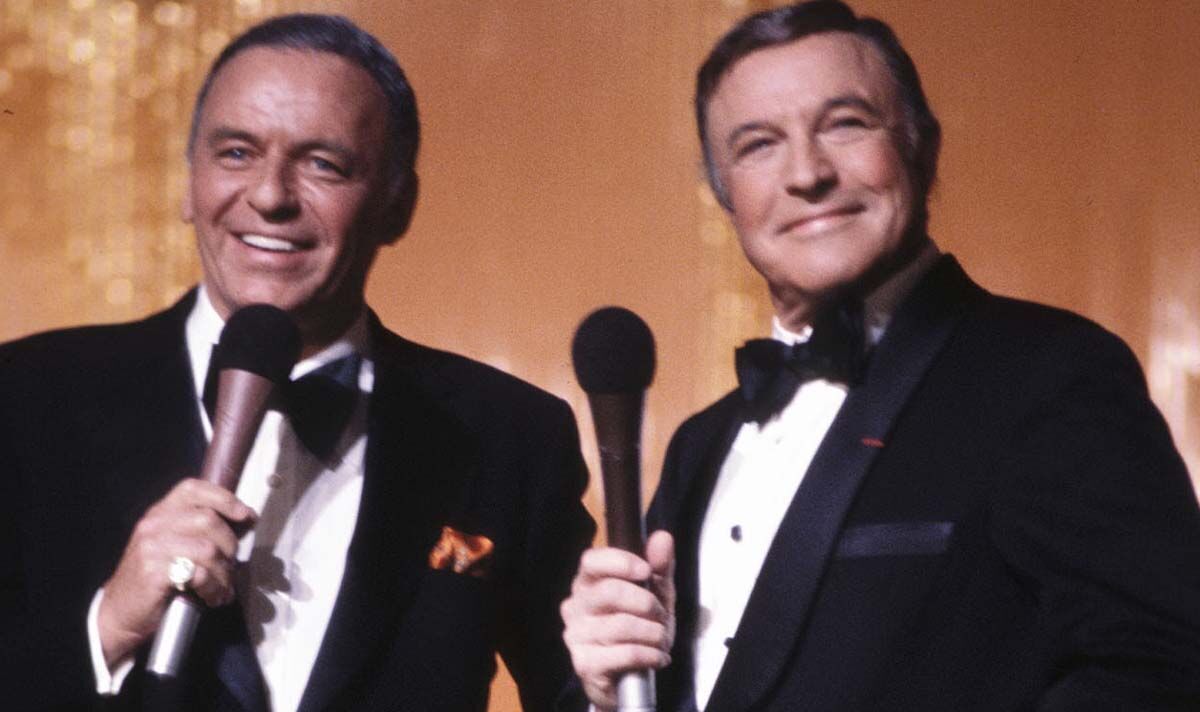 Gene Kelly and Frank Sinatra share the screen in musical ‘On the Town’ on BBC Two this afternoon. The landmark 1949 film was the directorial breakthrough for Kelly and choreographer Stanley Donen. The picture, which revolves around three US Navy sailors, went on to win the Oscar for Best Musical Score. Gabey, Chip, and Ozzie revel in the delights of Manhattan as they have 24 hours shore leave in New York.

The MGM production is a rare foray to America’s east coast for the Los Angeles-based film company.

Despite Kelly and Sinatra’s on-screen chemistry, the two actors reportedly came to blows away from the cameras.

Their relationship was discussed in the 2017 book, ‘He’s Got Rhythm: The Life and Career of Gene Kelly’.

Co-authors, sisters Cynthia and Sara Brideson, interviewed the actor’s family and friends and found previously unpublished sources for their biography.

While filming ‘Anchors Aweigh’, released the year after ‘On the Town’, Kelly allegedly played “nasty tricks” on Sinatra.

Donen, who worked closely with both men, also opened up about the at-times fraught relationship between the two men.

He is quoted speaking to his biographer in the 2010 book, ‘Frank The Making of a Legend’ as saying: “We used to play mean, nasty tricks on Frank Sinatra, because he was always a pain in the neck.

“He didn’t want to work and was very quixotic and quick to anger, so we used to take great pleasure in teasing him.”

Kelly and Donen are said to have hatched a prank to annoy Sinatra at lunchtime, as the duo would try and tip Sinatra into a rage, by talking to him about the table layout at MGM.

He said: “The MGM commissary had square tables with blue plastic tops, pushed against the walls, like in a cafeteria.

He added: “As soon as Frank heard us say that, he said, ‘You watch, I’ll get us a round table’.

“There was no way Frank was going to get us a round table — we knew that.

“Then, when he was told to forget it, he got into this huge argument.

“He steamed and he fumed and threw fits and said he was going to quit. All this for a round table.”

‘He’s Got Rhythm: The Life and Career of Gene Kelly’ was written by Cynthia and Sara Brideson, and published by University Press of Kentucky in 2017. It is available here.