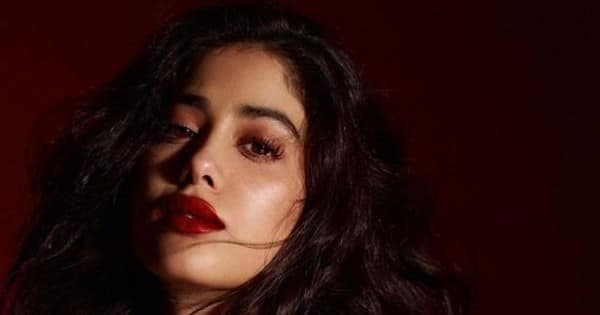 Janhvi Kapoor is one of the most popular star kids in Bollywood. She has already proven her mettle with her spectacular performances in movies like Dhadak, Gunjan Saxena: The Kargil Girl, and Ghost Stories. The 25-year-old diva marked her debut with Shashank Khaitan‘s 2018 directorial Dhadak and managed to win hearts with her simplicity. Also Read – JugJugg Jeeyo box office collection day 1: Varun Dhawan, Kiara Advani, Anil Kapoor starrer should make this much to beat Bhool Bhulaiyaa 2

Well, Janhvi spoke her heart out and revealed the qualities she is looking for in her future partner. In a throwback interview with Vogue, the GoodLuck Jerry star was asked about the qualities she wants in her future partner. Janhvi shared a long list of qualities she would want in her partner and said, “He should be really talented and passionate about what he does. I need to be excited and learn something from him. A sense of humour is really important as well. And, of course, he has to be obsessed with me!” Also Read – Jug Jugg Jeeyo movie review: Anil Kapoor, Varun Dhawan, Neetu Kapoor gel marvellously to give you the feels in this family entertainer

On the work front, Janhvi recently shared the first look of her upcoming film GoodLuck Jerry and even revealed that the film will be streaming on Disney+Hotstar from July 29. The film is directed by Siddharth Sengupta and backed by producer Aanand L Rai. GoodLuck Jerry is a Hindi adaptation of the Tamil comedy-crime film Kolamavu Kokila. Also Read – What to watch this weekend: From Mahesh Babu’s Sarkaru Vaari Paata to JugJugg Jeeyo; check out what’s releasing this week

Janhvi has Bawaal with Varun Dhawan, Mr. And Mrs. Mahi with Rajkummar Rao, Mili with Sunny Kaushal, and other upcoming interesting projects in her kitty. Bawaal is Nitesh Tiwari directorial which is scheduled to release on April 7.