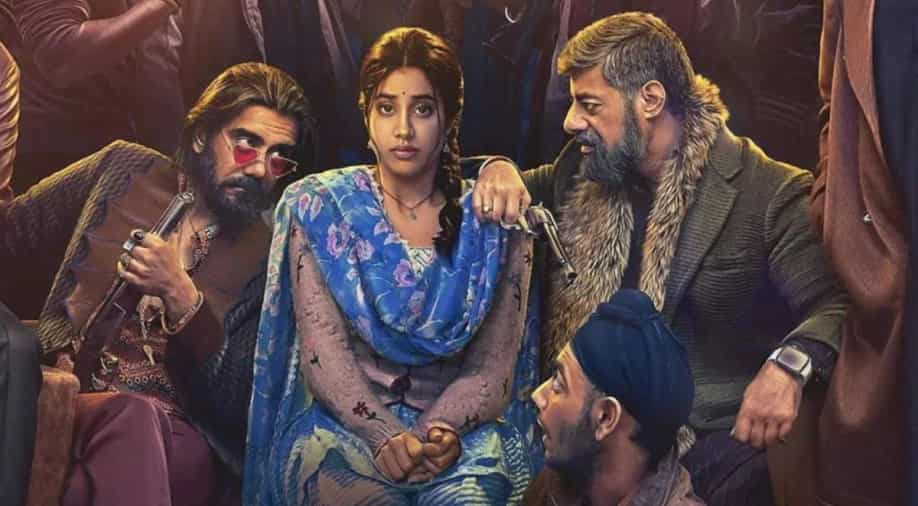 I kid you not. I went into ‘Good Luck Jerry’ expecting to hate it. Most of the recent Hindi films feel as though they were manufactured by an algorithm and a badly-written algorithm at that. This Sidharth Sengupta film has its imperfections, but it can still serve as a good palate cleanser, particularly if you had completely lost hope in Bollywood as I did.

Written by Pankaj Matta, the film is based on Janhvi Kapoor’s Jerry, a young woman who moved from Bihar to a Punjabi town with her sister Cherry (Samta Sudiksha) and mother Sarbati (Mita Vashisht). Her mother sells momos to earn a living and Jerry works at a less reputable joint — a massage parlour (this term will likely never escape the shadow of being a genteelism for brothel) to utter disapproval of her mother. When Sarbati gets diagnosed with stage two cancer, the doctor declares a bill for chemotherapy and radiation therapy that is a figure several times the family can afford.

Naturally, Jerry turns to crime, drug dealing to be precise, prompted by a chance encounter with a low-level dealer who is on the run from the police. Jerry doesn’t see any other choice since only drug dealing can get her the money she needs for her mother’s treatment.

But the life of crime is never easy, and when Jerry wants out of the business, the drug lord Daler (Sushant Singh) asks her to do a final job: smuggling an entire cartload of cocaine, instead of the usual few hundred grams. If she fails, Daler will kill her and her family. Defeated, Jerry begins her journey to the destination in a truck driven by a neighbour. But the journey ahead is perilous as the law enforcement is on high alert and every vehicle is being checked thoroughly by the cops. And if the police don’t get Jerry and others, the gangsters might. However, beneath her timid exterior, Jerry may be hiding a will of steel and a cunning mind.

The script of ‘Good Luck Jerry’ slackens a bit at times, but for the most part, it moves at a steady pace. By the end, the two-hour length seems just right. The third act serves up surprises after surprises, some you will see coming, some you won’t. The plot has numerous contrivances, admittedly, but the story is still entertaining and it is the humour that chiefly keeps you hooked. Janhvi Kapoor has possibly given the most committed performance of her career. She won the cynical in me.

However, as good as Janhvi is in the movie, the story greatly benefits from an absolutely stellar supporting cast. The film is full of eccentric men played by character actors like Deepak Dobriyal, Saurabh Sachdeva, and Neeraj Sood. Dobriyal is almost unrecognisable as a local scoundrel who is head over heels in love with Jerry and believes she cannot wait to marry him. He is the MVP of this movie while playing a character that’s unlike anything he has done (if you are reading this Deepak, more of this please). Sushant Singh is delightful as a cartoony villain who fits snugly into the film’s world.

‘Good Luck Jerry’ does have all the usual trappings of a Hindi movie, and gets overly sentimental at the strangest of times. But more often than not, it treats its subject matter blithely and is an entertaining, family-friendly ride.