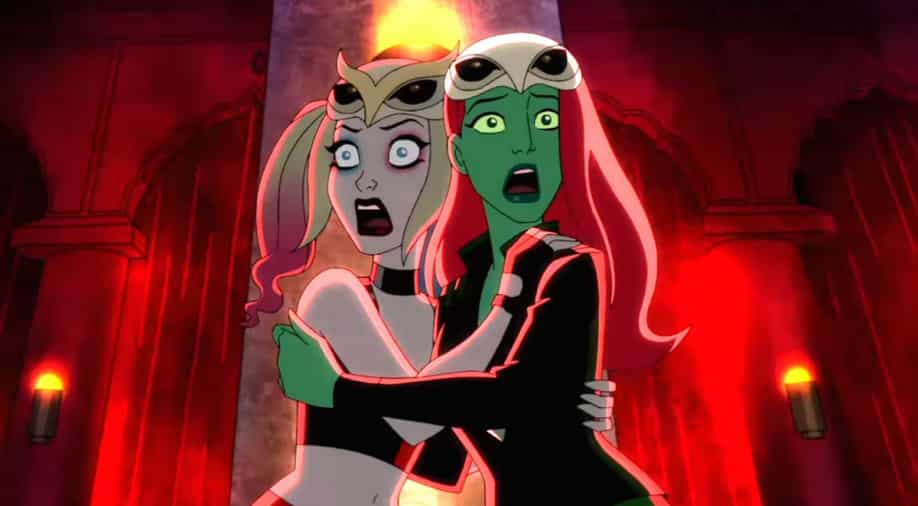 A new trailer for ‘Harley Quinn’ season 3 is here. The devilishly funny and violent animated series is one of the best superhero shows around, even if it is a supervillain that headlines it. Starring Kaley Cuoco as Joker’s paramour and in the series a much-derided character who has made her own little team of major and minor baddies like Poison Ivy (Lake Bell), Clay Face (Alan Tudyk), and King Shark (Ron Funches).

The series, like others that are around right now like ‘Doom Patrol’ and ‘The Boys’, is known for playing with the conventions of the superhero genre. The tone of the show ensures there will not be any doom and gloom one associates with Gotham City. The Gotham of ‘Harley Quinn’ is brighter and colourful.

Like the live-action movie, ‘Birds of Prey’, in the series as well, Harley rises above Joker’s shadow after his betrayal and carves her own path. The new trailer has Harley and others trying to “terraform” Gotham, which is probably more of Ivy’s idea. We also see Harley teaming up with Batgirl. Meanwhile, the Joker (also Tudyk) is running for the mayor of the city.

All in all ‘Harley Quinn’ season 3 promises bonkers fun, and we can hardly wait.

The synopsis of season 3 of Harley Quinn reads, “The mayhem and madness continue in season three of this biting and uproarious adult animated comedy series. Wrapping up their “Eat. Bang! Kill. Tour,” Harley Quinn (Kaley Cuoco) and Poison Ivy (Lake Bell) return to Gotham as the new power couple of DC villainy. Along with their ragtag crew – King Shark (Ron Funches), Clayface (Alan Tudyk), Frank the Plant (JB Smoove) – “Harlivy” strives to become the best version of themselves while also working towards Ivy’s long desired plan of transforming Gotham into an Eden paradise.”