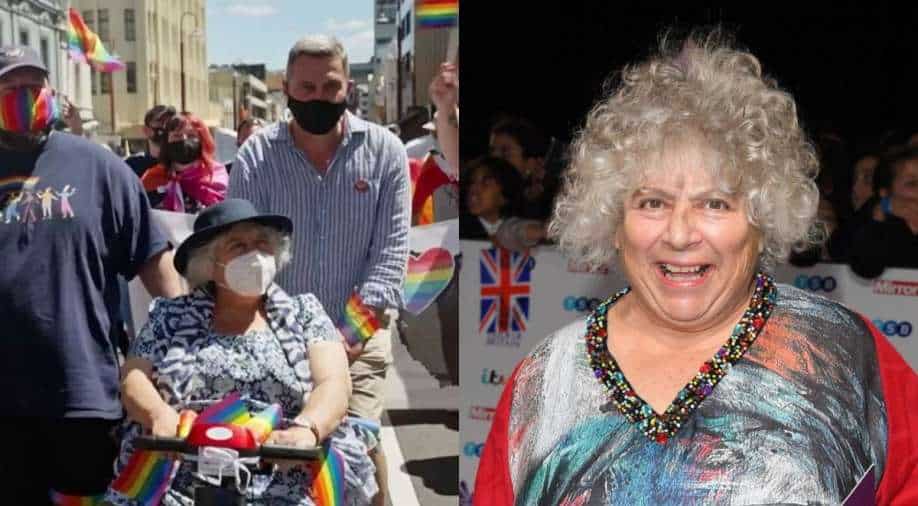 Australian actress Miriam Margoyles, who played the role of Prof. Sprout in the 2002 film ‘Harry Potter and the Chamber of Secrets’, recently featured in a new docuseries titled ‘Australia Unmasked’. In the episodes, the actress revealed her coming-out story and candidly spoke about the history of LGBTQ+ rights in her country Australia.

Margoyles, who has been with her partner Heather Sutherland since 1968, revealed that her mother was heartbroken when she opened up about her sexuality and came out of the closet.

The Harry Potter star said, “I told my mother, and she was utterly devastated,” she shares. “My Parents were Jewish. My father was a doctor, so you’d think he would be a bit clued up.”

“But no, not when it was his daughter. It wasn’t possible,” Margoyles adds.

A major highlight of the docuseries was when the actress attended her first Pride parade in Hobart, Tasmania. The 81-year-old is seen sitting in a wheelchair and holding several rainbow flags to show her support for the Pride movement.