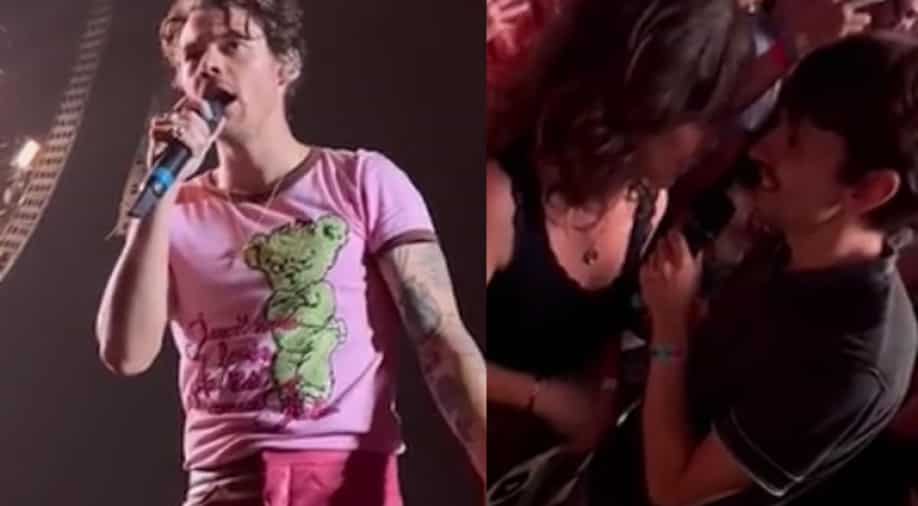 What a proposal! Harry Styles’s concert is again on the headlines and this time for a marriage proposal, not Harry’s proposal but one of his fan’s proposal.

As part of his Love on tour, Styles was performing in Lisbon, Portugal when he stopped singing for a man who wanted to propose to his girlfriend, the night become the most memorable moment for the couple, who will cherish it for life long, indeed!

Styles, 28 was performing in the crowd-packed stadium when he noticed a fan showing him a sign reading, ”Will you help me to propose?”

After spotting the board, Harry asked about what he wanted to do, to which the fan said that he wanted to sing two lines for his lady love. But before passing the mike for the proposal, Harry asked, “How long have you been together, first of all? If this is like, a two-week thing, there’s no chance I’m giving you the microphone.”

Replying to this, the man replied that they are dating for a year now, after which Harry quickly offered his microphone.

The man sang Elvis Presley’s song ‘Can’t Help Falling in Love,’ and the way Harry reacted to it was just awesome. Later, he got down on a knee before asking the big question and as expected, his girlfriend quickly said yes.

Harry congratulated the couple and took the mike back.

This is not the first time when Harry has shown kind gestures to his fans. Before this many times, the ‘Watermelon sugar’ singer has helped concertgoers in proposals and coming out.

In June, during his Wembley concert, he helped one fan to come out as gay on stage in front of thousands of people.