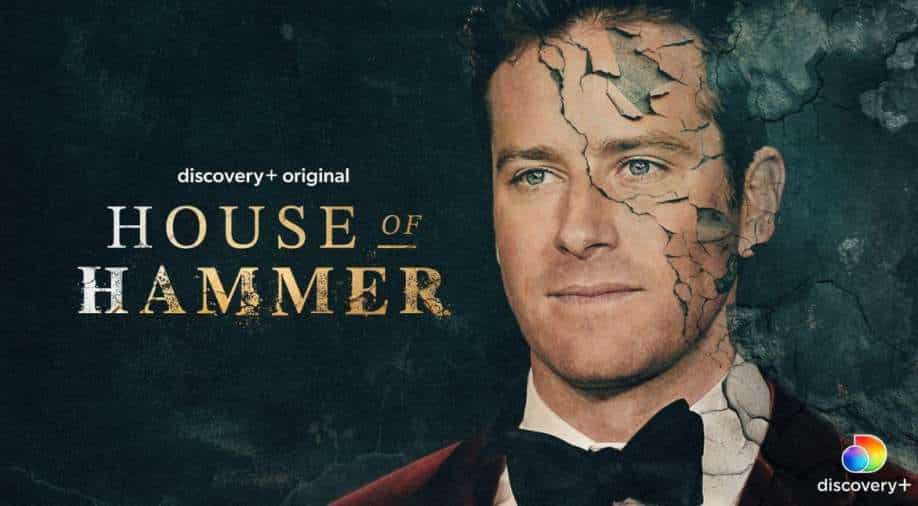 Somewhere in the second episode of ‘House Of Hammer’ a new docu-series on Discover +, actor Armie Hammer’s aunt Casey says, “I tried watching ‘Succession’ but had to turn it off after three episodes….Magnify ‘Succession’ a million times and it was literally my family.” Casey’s comparison is perhaps not wrong as the new two-part docu-series explores not just the downfall of Hollywood actor Armie Hammer but also goes back in time to discover that Armie is just a product of a very problematic lineage.

‘House Of Hammer’ throws light upon the disturbing inside details of Hammer’s alleged relationships as it speaks to women whom the actor had messaged and even dated.

Dallas-based entrepreneur Courtney Vucekovich features prominently in the first episode where she recounts how Hammer first DMed her in 2019 and eventually the two started meeting a year later. Courtney recalls how for months, she had overlooked the red flags. “I am going to bite the F**K out of you”, a note Armie had left at her place when he had paid a surprise visit to her but hadn’t found her there was passed of as a form of ‘flattery’. Bite marks on her body were asked to be paraded as a badge of honour. During the course of the interview, Courtney breaks down recalling their first sexual encounter but does not give details.

She insists that she had tried to break away from Armie soon after this but the actor came back and wooed his way back into her life, which back then, she felt was a romantic gesture.

The first episode also speaks to women who brought Armie’s behaviour to public notice. A woman went viral on TikTok when she travelled back in time to divulge dark secrets of the influential Hammer family and read out excerpts from a book called ‘Surviving My Birthright’ which has been written by the actor’s aunt, Casey Hammer.
The second episode of the show mostly narrates the antics of the men in the Hammer family. Armie’s great-grandfather Armand Hammer was perhaps one of the richest Americans and owned Occidental Petroleum. His public and personal life was strikingly different. While he hobnobbed with the most influential people in the world including  Reagon, Nixon and even Prince Charles and Lady Diana, his personal life was riddled with scandals. His apparent love for women, despite being married was a known fact. He had a strained relationship with his son Julian- Armie’s grandfather and bribed his way through several scandals that involved him, his company and his son.

Casey insists there’s been a pattern that has been passed on for generations and how the family was always careful to project a happy image infront of the public but despised each other in private. Armie, Casey rues, is a product of years of abuse that the men of his family have been indulging in and getting away with because of power and money.

The docu-series is, of course, one-sided in its narration as it only speaks to women who have been in close contact with Hammer men. Girlfriends, cousins, sisters and social media activists. But the series throws light into an eerie past of a problematic family lineage where it was considered okay to ill-treat women for personal pleasure.
‘House Of Hammer’ is streaming on the Discovery+ app.