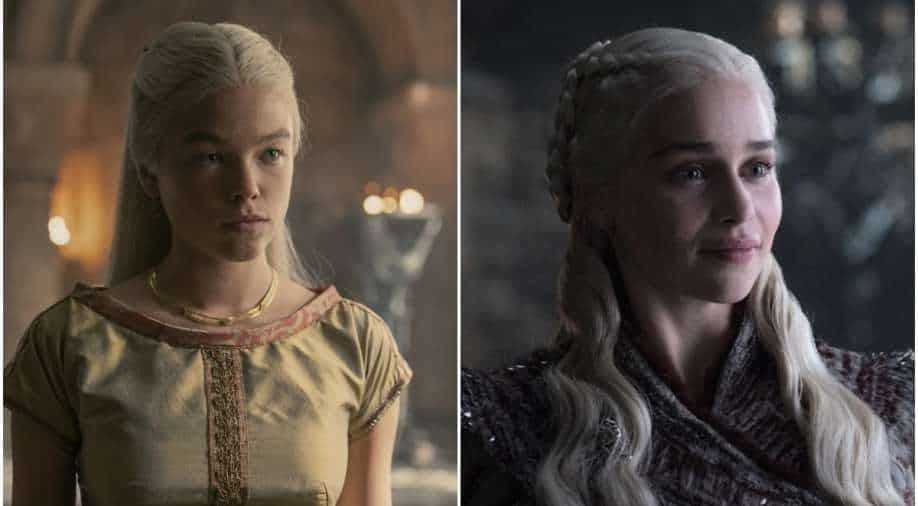 ‘House of the Dragon’ is the first spinoff series of HBO’s massively popular fantasy drama ‘Game of Thrones’ to see the light of day. The series is a prequel and is set about 200 years before the events of the original show. Like the story of Jon Snow, Arya Stark, Daenerys Targaryen, and so on, ‘HotD’ also centres around a struggle for the Iron Throne, the seat of the monarch on the fictional continent of Westeros. But while the tussle for power in ‘GoT’ was between houses, in the new series it is among the Targaryens themselves. The ensuing conflict is called Dance of the Dragons, and was a civil war between different factions among the Targaryens that saw much of the realm reduced to ruin.

Until now two episodes of the show have been aired and this scribe has seen six thanks to screeners. I do not know about you, but for me personally, ‘House of the Dragon’, at the time of writing this, is not only a worthy successor but a better show. Yes, it is too early to judge, but that is my impression. I explain.

Even ‘Game of Thrones’, a TV show with a budget for small movies, had a few missteps in the beginning. Building a highly detailed world with hundreds of characters is never easy, so the writing suffered in the first season. In comparison, ‘House of the Dragon’ is a lot slicker. The writing, due to fewer characters, is more streamlined. Also, since we already know a lot about this world, ‘HotD’ does not have a lot of world-building to do either. The show is much easier to get into than its parent series. You can watch it even if you have not seen ‘GoT’.

While ‘Game of Thrones’ was drowning in nudity and sex, ‘House of the Dragon’ does have its fair share, but nowhere near its parent series. One of the biggest criticisms levelled against ‘GoT’ was it had too much of it. It put off many of those who would have loved the show for its intrigue and characters.

The source material is already finished

‘House of the Dragon’ is based on ‘Fire & Blood’, a fictional history of the Targaryens penned by the originator of this world, George RR Martin. And there is only one giant book, not 5 tomes on which ‘Game of Thrones’ was based. Many believe the quality of  ‘Game of Thrones’ significantly deteriorated in the final few seasons as it did not have the books to fall back on. It had outpaced the source material.

Author George RR Martin is one of the co-creators of ‘House of the Dragon’, the other being Ryan Condal. In comparison, he was not directly involved with ‘GoT’ except as a guest scriptwriter for a few episodes and occasional consultant for the showrunners. Thus, his word will carry more weight here and as the creator of this entire fictional world, he knows how best to translate these stories and characters for the screen.

Yet. ‘Game of Thrones’ featured a parallel storyline set in Beyond the Wall in which the Whitewalkers were coming south from frigid wastes of extreme north to Westeros to invade and conquer. Whitewalkers were powerful beings who had once been human. They led the armies of wights or zombies — reanimated bodies of those that the Whitewalkers killed. While many loved the show for this storyline, I was not among them. And indeed, all that buildup was for nothing when the Whitewalkers fairly easily without too many major casualties at Winterfell. And Arya Stark delivered the death blow to the Night King, not Jon Snow as many had expected. There was hardly any payoff.