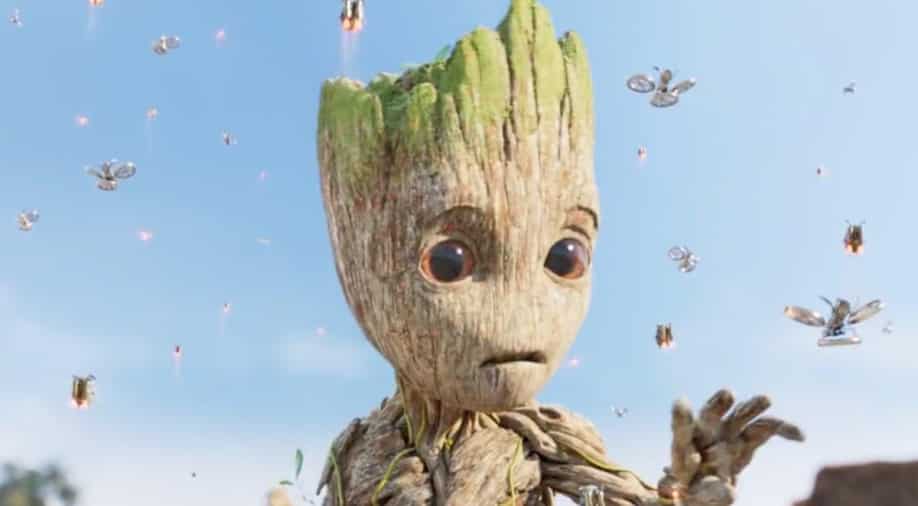 ‘I Am Groot’ is a series of animated shorts on the tree-like character Groot, first seen as an adult version in 2014’s James Gunn film ‘Guardians of the Galaxy’. After his sacrifice at the end of the movie, a new, infant Groot was born who has grown into what passes for teenage in the life of his species. He played a big role in the final two ‘Avengers’ movies. He helped forge Thor’s Stormbreaker and the wood that makes up the handle of the weapon came from his body. The series in question, created by Ryan Little, is not canon to the Marvel Cinematic Universe (MCU) and can instead be considered to be set in an alternate reality.

It’s tagline reads “A hero of few words returns.” And indeed, from what humans can tell he can only speak “I Am Groot” but Rocket and now the entire Guardians of the Galaxy can tell what exactly he is saying when he uses those words.

A trailer for the series has Groot standing before a diminutive race of people in a scene that echoes Gulliver’s Travels. First, the little people attack him but he releases a leaf from, um, hindquarters the way humans pass wind, and it appears the little people eat vegetation, so having a huge leaf for a communal lunch is like a party to them.

‘I Am Groot’ looks like a fun diversion from the main MCU that Groot fans, of which there are many, will find amusing. Vin Diesel reprises the voice of the character.