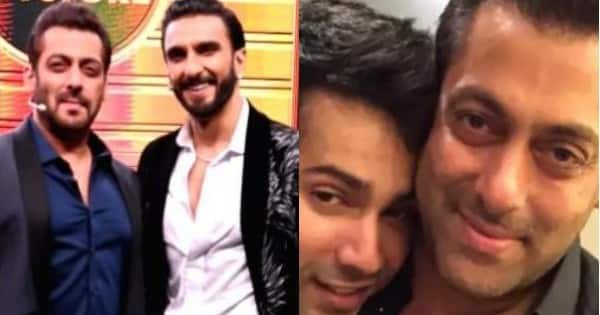 IIFA 2022 is all set to take place in Abu Dhabi this year. It is expected to be a grand event and many Bollywood celebs like Salman Khan, Varun Dhawan, Ranveer Singh, Riteish Deshmukh, and others will be attending the away show. Well, during the awards we that many actors perform some hilarious acts and make the audience laugh out loud, and IIFA 2022 won’t be an exception. Recently, filmmaker Milap Zaveri revealed that he is writing the acts/gags for the show. Also Read – Farah Khan takes a dig at Ananya Panday after Chunky Panday calls her out for ‘overacting’; says, ‘Apni beti ko sambhal’

Well, it will be interesting to see what Milap writes for these actors, and how they perform on stage. Salman will be hosting the awards and he revealed about it at the press conference of the IIFA 2022. Also Read – Doctor Strange 2 box office collection day 5: Benedict Cumberbatch starrer dips further on Tuesday; yet to cross Rs 100 crore

When he was asked what his fans can expect from the awards, the actor had said, “A great lineup of performances, a reunion of actors from the Indian film fraternity after a long time, lots of love, fun and laughter!” Further talking about his favourite moments from the awards Salman said, “There are quite a few but this year will be extra special and close to me since I will be hosting it for the first time.”

It is always a treat to watch Salman with Ranveer and Varun. We wonder if the acts being written will have all the three stars together or if they will entertain us individually. Let’s wait and watch. Also, we have Maniesh Paul who is known for his amazing sense of humour. The IIFA 2022 press conference that took place in March this year was attended by Salman Khan, Ananya Panday, Varun Dhawan, and Maniesh Paul.