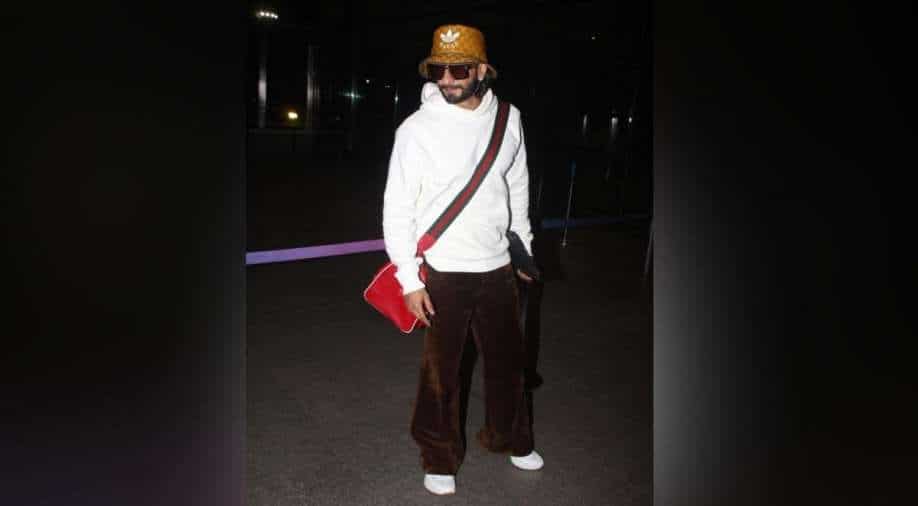 In what is being called a last-minute decision, actor Ranveer Singh is heading towards Cannes to meet his wife Deepika Padukone on Friday, media reports said. Padukone is a jury member at the ongoing film festival. Wondering what is the reason behind the sudden move? Well, it seems to be a post shared by Deepika on Day 3 at Cannes on Instagram. In it, she had worn a stunning red Louis Vuitton outfit.

The actor, who has just gone through a new release ‘Jayeshbhai Jordaar’, wrote, “Killing me,”. It was followed by “Ok! That’s it! I’m taking a flight.”

Ranveer often posts mushy comments on the posts of his wife.

Also Read: Huge honour, not something our country has seen often, says Deepika Padukone at Cannes 2022

After some time, Ranveer could be seen taking a flight at Mumbai airport. On his Insta stories, he also shared pictures of him getting clicked by paparazzi.

In the pictures, the actor could be seen dressed in a white hoodie with velvet pants. He was also wearing a hat and sunglasses. The actor also had a duffle bag.

Meanwhile, the red carpet of Cannes Film Festival witnessed a gate crasher on Friday. The person was a woman, who stripped off her clothes, to share a message against rape, media reports said. The incident happened during the premiere of George Miller’s ‘Three Thousand Years of Longing’.

The message ‘Stop raping us’ was written on her torso. It was next to the blue and yellow colours of the Ukraine flag. Red colour was also painted on the legs of the unidentified woman.