Skip to content
HomeEntertainmentIs Lalit Modi the reason behind Sushmita Sen and Rohman Shawl’s break up? Here’s what we know 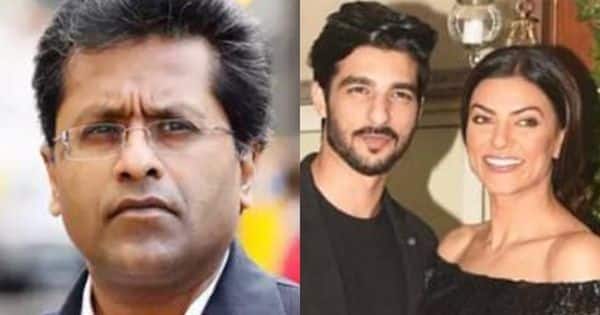 Sushmita Sen has suffered quite the heartbreaks throughout her life, with the latest being her erstwhile relationship model Rohman Shawl. After ending her relationship with Rohman Shawl albeit on an amicable note, Sushmita Sen has opened up about focusing on herself and her family. So, it seemed quite possible that the ex-Miss Universe was in no mood to get into another relationship, at least anytime soon. Well, all those possibilities can now be sent for a toss as her new beau has been revealed. Brace yourselves a we reveal the name – it’s Lalit Modi, mostly known for being the brainchild behind the IPL before unceremoniously being sent packing from it. Also Read – Banni Chow Home Delivery: Ulka Gupta’s Banni was REJECTED by these 6 beauties from the TV world – Find out

After breaking up with Rohman Shawl, it seemed that Sushmita Sen was in no mood for another relationship, but all that has changed as IPL creator Lalit Modi has broken the news that he’s the new love of the Aarya actress’ life. Taking to his official Twitter handle, Lalit Modi shared a bunch of dreamy holiday pics and wrote: “Just back in London after a whirling global tour #Maldives # sardinia with the families – not to mention my #betterhalf @sushmitasen47 – a new beginning a new life finally. Over the moon.” Check out his tweet below: Also Read – ‘Vicky Kaushal you look so bad without a beard’; the actor gets massively colour-shamed as he leaves for a vacation with wife Katrina Kaif to celebrate her birthday

Just back in london after a whirling global tour #maldives # sardinia with the families – not to mention my #betterhalf @sushmitasen47 – a new beginning a new life finally. Over the moon. ?????????? pic.twitter.com/Vvks5afTfz

Is Lalit Modi behind Sushmita Sen and Rohman Shawl’s break up?

Immediately after the aforementioned news broke, old tweets where Lalit Modi and Sushmita Sen corresponded with each other since as far back as 2013 began doing the rounds, leading many to believe that he’s the reason behind her breaking up with Rohman Shawl and that they started seeing each other when she was already in a relationship with Rohman. However, a report in ETimes dismisses this, stating that Lalit and Sushmita’s relationship is a recent development and that they didn’t date each other until Sush and Rohman had broken up. Also Read – Koffee With Karan 7: Sara Ali Khan-Kartik Aaryan, Vijay Deverakonda-Rashmika Mandanna and more — Celebrity affairs that got CONFIRMED on Karan Johar’s show