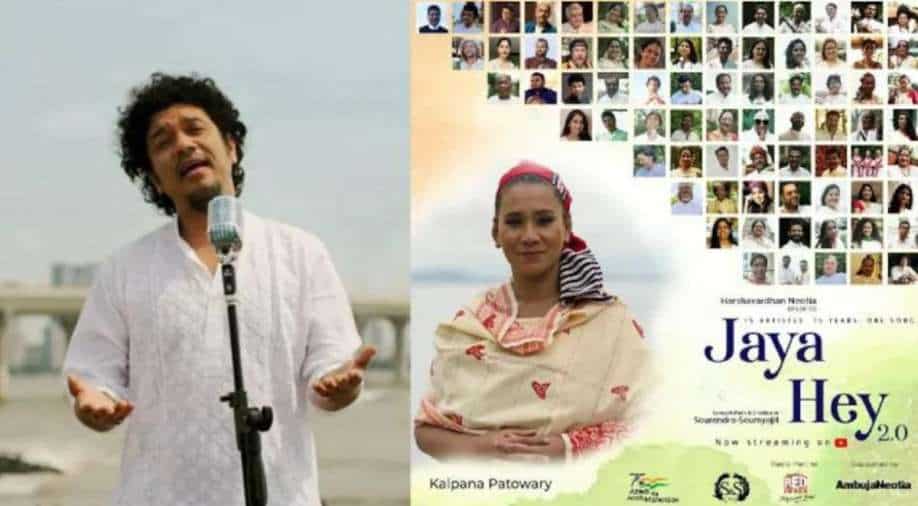 To mark the 75th Independence Day, 75 Indian singers have joined hands for a song titled ‘Jaya Hey 2.0’. As a part of the Government of India’s initiative Azadi Ka Amrit Mahotsav, Sourendro Mullick and Soumyojit Das has conceptualised, composed and directed the song.

The song is a rendition of the full five verses of Bharat Bhagya Vidhata AKA Jana Gana Mana, which was penned by Rabindranath Tagore in 1911. The song consists of five stanzas. Only the first stanza was adopted as the National Anthem in the 1950s.