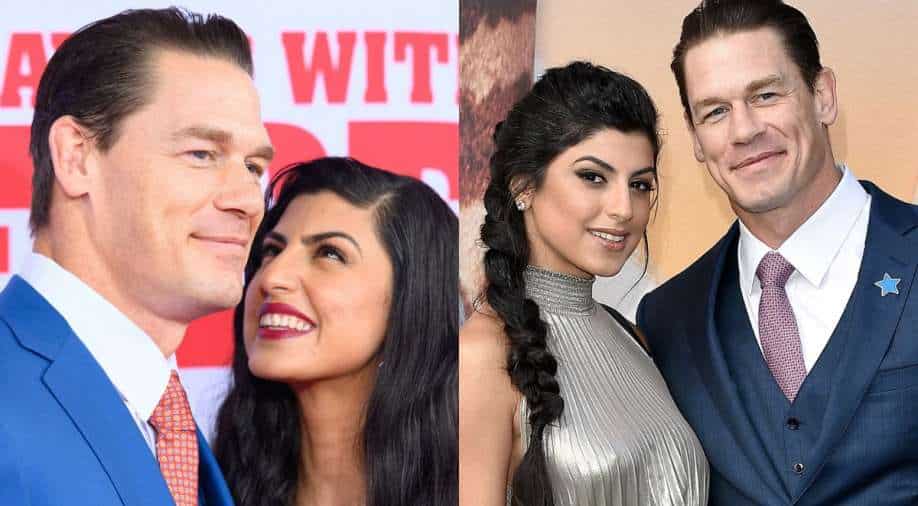 One of the most popular American actors of the 21st century John Cena is all set to tie the knot for the second time with Shay Shariatzadeh at Rosewood Hotel Georgia, Vancouver. On Friday, they were seen rehearsing the wedding among their close friends and staff. They first got married in Florida on October 12, 2020. The intimate ceremony was held at the downtown office of attorney Dilip Patel.

In a photo obtained by TMZ, Shariatzadeh is seen donning a halter-neck white wedding gown that had a floral print on the back while Cena is seen dressed in a navy blue suit.

The two can be seen rushing towards The Vancouver Club with their staff. Photos of the couple are going viral across social media platforms with fans congratulating the two for taking the vows, once again.

And, the couple is yet to share the happy news with their fans. However, it’s expected that the actual wedding is scheduled within a few days.

This is Cena’s second marriage. His first wife was his high school sweetheart Elizabeth Huberdeau. They tied the knot in July 2009. In May 2012, Cena filed for divorce with Huberdeau and the split got finalised by July.

Cena was also in a relationship with former WWE star Nikki Bella. He proposed her publically at WrestleMania 33.

After splitting with Bella, Cena met Shariatzadeh in 2019 when he was shooting for his film ‘Playing with Fire’.