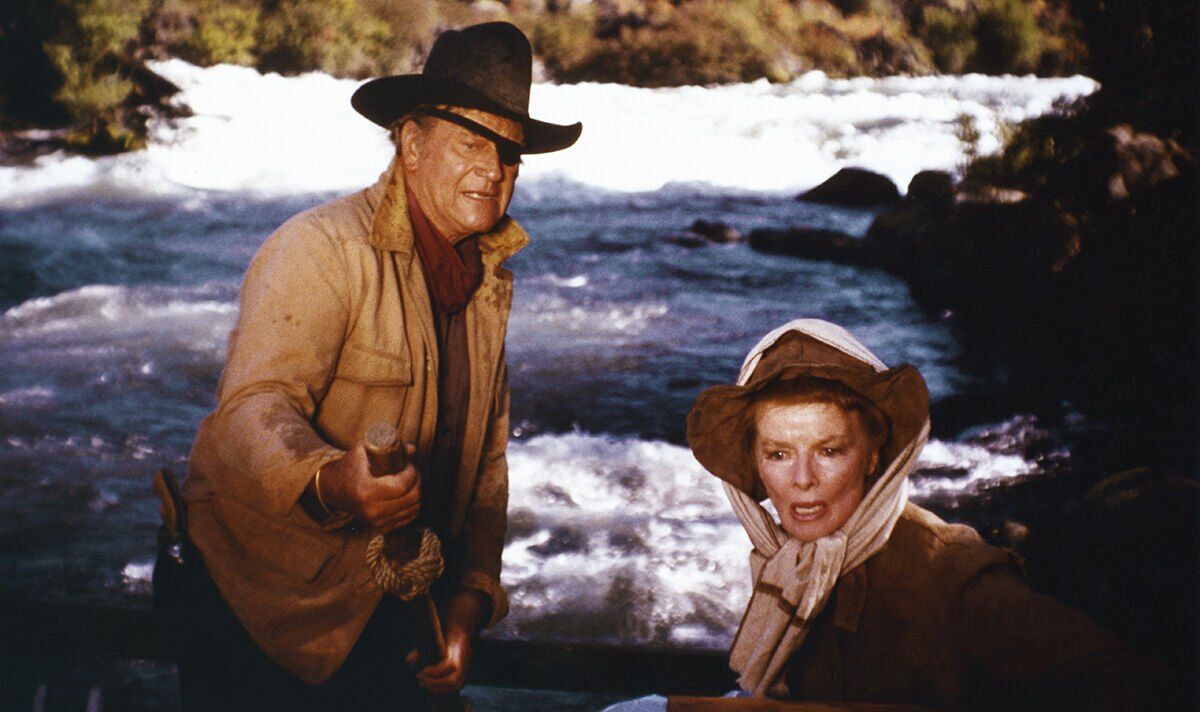 Alongside pneumonia, Wayne had coughed so hard at one point that he damaged a valve in his heart, an issue that wouldn’t be diagnosed until 1978, a year before he died of cancer.

Rooster Cogburn’s filming took place in Oregon and Duke had to rely on his oxygen mask for high altitudes, something he tried to keep hidden from the public.

In fact, on another movie, he screamed at a photographer and demanded the film that captured the truth of his ailments; desperate to maintain his macho image.

If this wasn’t bad enough, the 67-year-old injured himself on the Rooster Cogburn set while teaching his eight-year-old daughter to play golf. But lucky for him, his character’s eye patch covered the mark.