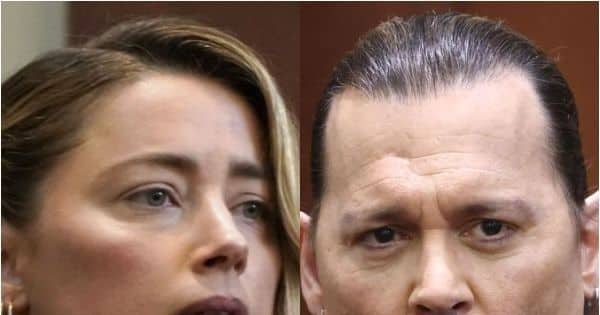 There is a some fresh evidence that weighs rather badly on Johnny Depp after he won the defamation case against Amber Heard. A media outlet, The Daily Beast has done an investigation on the undisclosed court documents that reveal some alleged details that reflect the Pirates of the Caribbean superstar and his legal team is rather poor light. The team of Amber Heard had argued that the digital pictorial and audio evidence submitted by Johnny Depp seemed modified. The metadata of the same indicated discrepancy in dates, which is quite crucial in the case. It seems the recordings produced were altered, and this tampered version was allegedly presented as evidence. This is highly concerning given the final outcome of the trial. Here is a thread of the whole matter as shared by a netizen. Also Read – Johnny Depp-Amber Heard’s defamation case: Pirates of the Caribbean actor receives gifts from fans as he exits courtroom [WATCH VIDEO]

Johnny Depp fans paid $3k to unseal the court documents just to get dirt on Amber, but ended up unintentionally exposing Depp and information he tried to keep private instead. A thread ?? pic.twitter.com/NzH8eD1yJI

Amber Heard’s team has claimed that the photos produced by Depp showing injury marks did not happen when the two were in a relationship. It seems the dates did not match, and it kind of looked like fabricated evidence. The dates are just not matching at places as per Amber Heard’s legal team. This has been reported by Marca. It seems Amber Heard’s team has hired Julian Ackert, who is a forensic expert in the field of digital evidence. He has said that the date metadata of the evidence is very questionable. Also Read – Johnny Depp finally addresses Amber Heard’s abuse allegations but the Aquaman actress’ team isn’t happy

It also says that Court granted Johnny Depp the opportunity to not present any evidence relating to Marilyn Manson. As we know, Marilyn Manson is quite legal scrutiny for abuse cases. Evan Rachel Wood has accused him of battery and prolonged abuse. This is not all. The documents also hint that Johnny Depp might be suffering from erectile dysfunction. Also Read – Amber Heard accuses Johnny Depp of PHYSICAL ABUSE; police finds no evidence!