Skip to content
HomeEntertainmentJohnny Depp is dating a lawyer but it’s not Camille Vasque who represented him in defamation case against Amber Heard; all you need to know 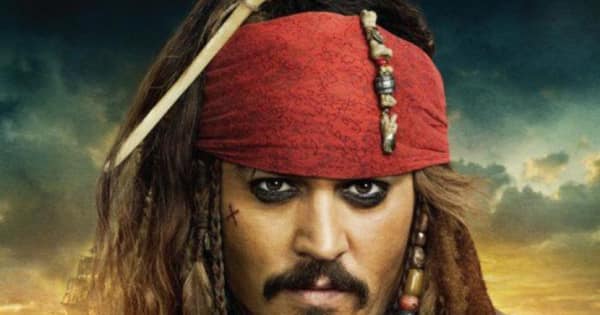 Pirates of the Caribbean actor Johnny Depp has been in the news for a while now due to his personal life. Johnny Depp and Amber Heard‘s much publicised defamation trial got everyone interested. The actor won the case against his ex-wife, however, a lot of accusations were thrown at him that left everyone shocked. Amidst the trial, there were reports suggesting that he is dating his lawyer Camille Vasque. But, she had then rubbished all these reports. Now, once again his love life has made it to the headlines. Also Read – Trending Hollywood News Today: BTS leader Kim Namjoon aka RM’s birthday celebration, Kim Kardashian interested in joining MCU and more

If the latest reports are anything to go by, Johnny Depp is currently dating a lawyer named Joelle Rich. She represented him in the UK defamation suit. Even though they lost the case, Johnny Depp grew fond of Joelle Rich and now they are allegedly dating. A source close to usmagazine.com described Johnny and Joelle Rich’s relationship as ‘serious’. She was a part of the legal team of the case in which Johnny Depp sued a publication. Reportedly, Joelle Rich also attended Johnny Depp vs Amber Heard‘s trial even though she was not a part of the legal team. The report states that Joelle Rich is seeking divorce from her husband with whom she shares two children. Also Read – Johnny vs Amber The US Trial: Here’s when and where documentary on Johnny Depp and Amber Head trail will release on OTT and what to expect

All about Johnny Depp vs Amber Heard case

Johnny Depp and Amber Heard’s defamation case went on for a long time. It started with an op-ed that the Aquaman actress wrote stating that she was a victim of domestic violence. Johnny Depp then claimed that the article penned by her cost her professionally as he was dropped from Pirate of the Caribbean 6. Over the trial, a lot was said with both the parties making some very serious accusations against each other. While Amber Heard claimed that Johnny Depp physically assaulted her, he stated that his chopped finger was the result of her aggression. Also Read – Hollywood Weekly News Rewind: Fans bust mystery of Kim Taehyung-Jennie dating rumours; Amber Heard moves to smaller house and more