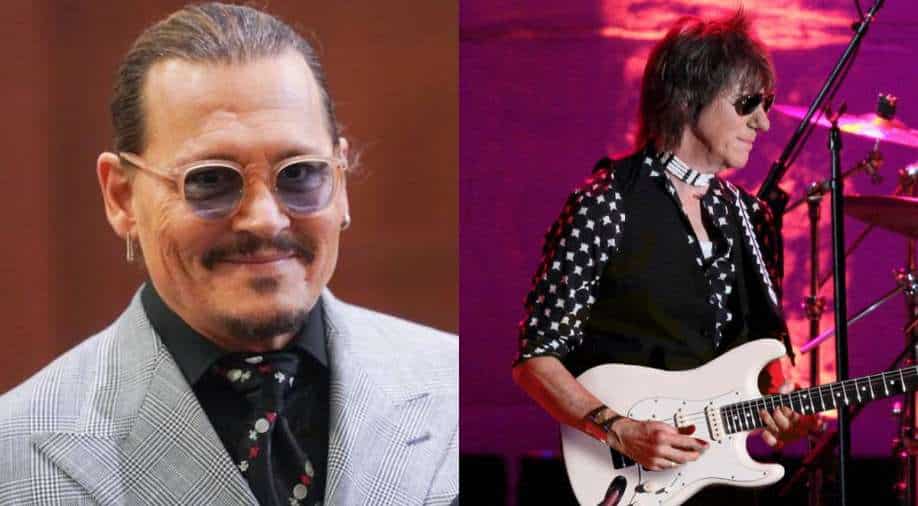 Jeff Beck is all set to kick off his North American tour in September this year, and many A-listers such as ZZ Top and Ann Wilson are all set the stage on fire with Beck. But, now new reports are coming in, confirming that Johnny Depp will be the pivotal part of Jeff’s tour. The duo will jam on some high tunes.

We all are aware of how hard Depp is trying to build his career again, and this US tour will be a great start. As per the Brown County Music Center, the actor will be joining Jeff on October 19 in Nashville. But, NME is stating that he will perform most of the tours. Starting from October 5 in Washington DC.

The duo will also perform their recently released album ’18’.

Jeff and Johnny share a close bond and over the years they have collaborated on several musical projects. In 2020,  the duo released their first official cover of John Lennon‘s ‘Isolation’. Two years later, this year, when the entire world was waiting for the verdict of the actor’s much-publicised defamation case with his ex-wife Amber Heard, Depp appeared alongside Beck in Sheffield and performed a series of music covers including John Lennon’s ‘Isolation’. Two days later,  the duo again performed at London’s Royal Albert Hall.

Most recently, Johnny made his digital appearance at the MTV VMAs. Soon after the award night kicked off, The ‘Pirates of Carribian’ actor appeared as a Moon Man hanging on the stage. Johnny’s face appeared on the floating Moon Person’s helmet and the pre-recorded message was played.

Taking a dig at how he’s searching for a job in the industry after his defamation case ended, the actor said, “I just want you guys to know that I’m available for birthdays, Bar Mitzvahs, Bat Mitzvahs, weddings, wakes, and all things you need.”

“And you know what? I needed the work,” The actor said.

The VMAs were his first major public event appearance after his controversial defamation case against his ex-wife, Amber Heard ended.

After a months-long trial, the seven-member jury at Fairfax court sided with Johnny in the $50 million defamation case and agreed that Amber and her Washington Post op-ed had slandered not only Depp’s image but also his career.