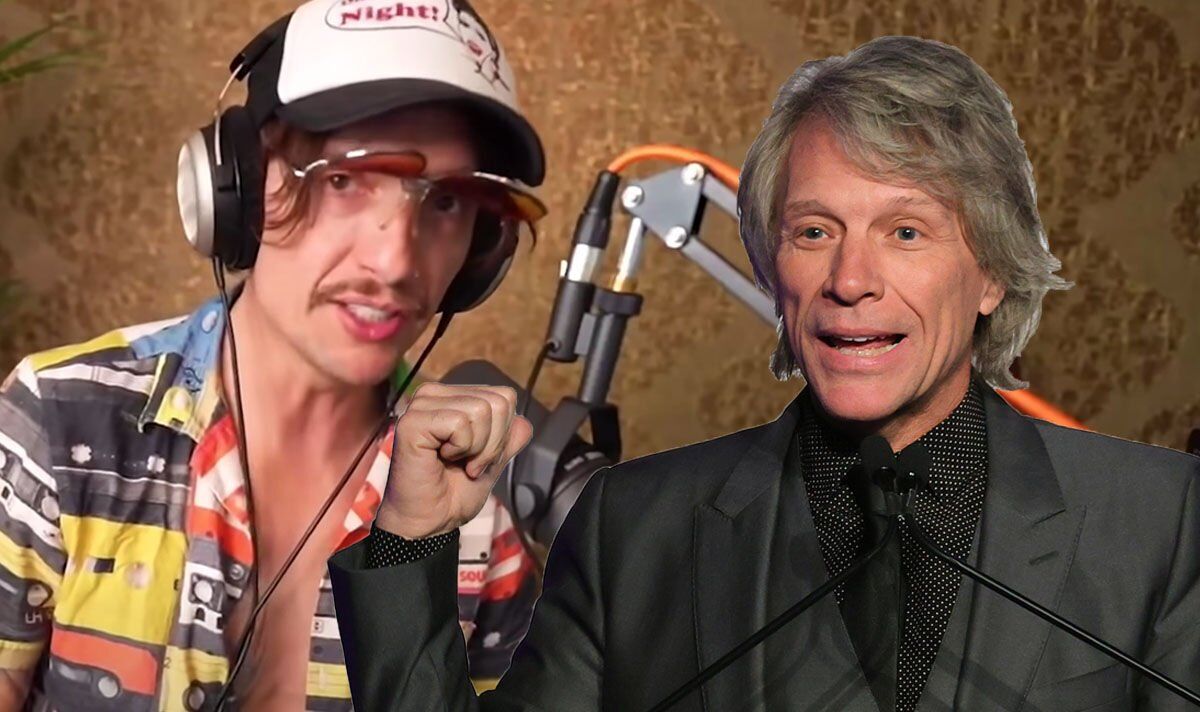 Jon Bon Jovi has one of the great classic rock voices, layered with a rich rasp and powerful belt in the upper register across classics like Livin’ On A Prayer and Always. But his vocals have been receiving intense criticism and concern over the past few years and then again especially following the band’s recent US tour dates. UK rock star Hawkins also has an instantly recognisable voice. His band may not have achieved the levels of Bon Jovi, but his vocals are some of the most impressive in the business. On his Youtube channel, Justin Hawkins Rides Again, he gave his expert opinion on what is going on. SCROLL DOWN TO WATCH RECENT BON JOVI CONCERT FOOTAGE AND JUSTIN HAWKING’S VIDEO ANALYSIS

Bon Jovi has been touring across the American South throughout April, but many fans have been posting videos showing the lead singer struggling with his vocals, encouraging the audience to sing parts of the songs and relying on backing singers to handle some of the bigger notes on anthemic choruses.

Numerous vocal coaches and industry insiders have started to weigh in, with the band’s original manager generously attributing problems to the in-ear monitors: “He’s got to get rid of those and get back to the normal (monitors) so he can hear that he’s not in key.”

However, it would appear clear that the singer is also actually struggling with his voice, itself.

Hawking was quick to clarify that he only means temporarily and then added: “It sounds like he needs some kind of therapy… It doesn’t sound like it’s a polyp or some sort of lump on his vocal cords ’cause that would be more unpredictable — he would be hitting the notes and then it would squeak off and it would do something unexpected…

“That’s not what’s happening here. This sounds like he’s super tired. Everything’s down, but he’s still… You have to sing a lot with an adjusted key like that to find the sort of muscle memory in your vocal cords anyway, but he’s struggling with that, not because it’s low; it’s just ’cause he’s tired. And I think he’s psychologically… I don’t know… It sounds like something he’s gonna need some therapy with — actually talk to somebody and try and coax the performances back out. It doesn’t sound to me like there’s damage in there. I’m not a doctor but I’ve experienced voice problems before. And to hold a note with it being off key suggests some pitching issues that might be to do with hearing as well.”

Hawking added: “It’s not fun to watch this and it isn’t fun to regard one of the greats. He’s a great singer — he always has been — but this sounds like something is eating away at him from the inside. And I don’t think it’s a voice injury; I think it’s more of something like a manifestation of performance anxiety that’s stopping him from delivering his trademark Gale Force 10 mega vocal that you need on these huge tracks, these anthemic mega hits. And I feel like the people around him need to tell him to stop.”

Commentaries from other industry insiders have suggested the star’s recent COVID infection, which he admitted stopped him from singing for two weeks last October, could have affected his vocal chords and lung capacity.

Matt Edwards, author of So You Want to Sing Rock ’N’ Roll? also points out the star is now 60: “There are changes in the vocal folds, changes in the lungs, and people aren’t going to perform at the same level they used to when they were younger.”