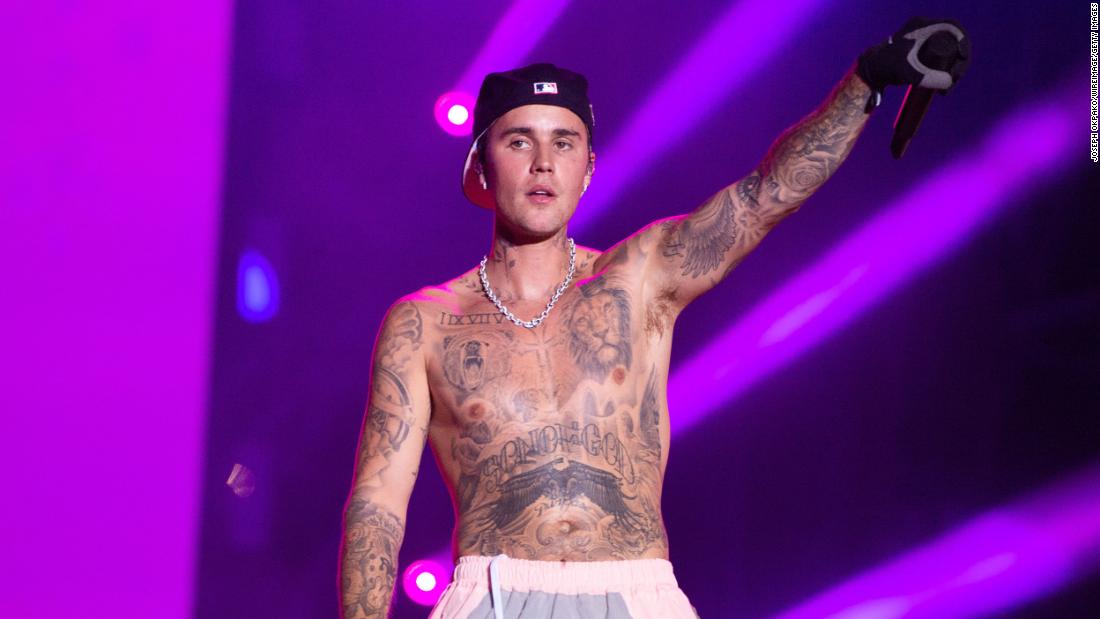 The singer, who took suspended his tour in June after being diagnosed with Ramsay Hunt syndrome, made the announcement on the stories portion of his verified Instagram account.
Bieber, who had resumed his Justice World Tour in July, said in his note that after sharing that he had the syndrome, which left his face partially paralyzed, he was able to complete the North American portion of his concert tour.
“After resting and consulting with my doctors, family and team, I went to Europe in an effort to continue the tour,” the statement reads. “I performed six live shows, but it really took a real toll on me.”
Following a performance at Rock in Rio in Brazil, Bieber wrote, “the exhaustion overtook me and I realized that I need to make my health the priority right now.”
“So I’m going to take a break from touring for the time being,” according to the statement. “I’m going to be ok, but I need time to rest and get better.”
According to the Mayo Clinic, Ramsay Hunt syndrome “occurs when a shingles outbreak affects the facial nerve near one of your ears. In addition to the painful shingles rash, Ramsay Hunt syndrome can cause facial paralysis and hearing loss in the affected ear.”