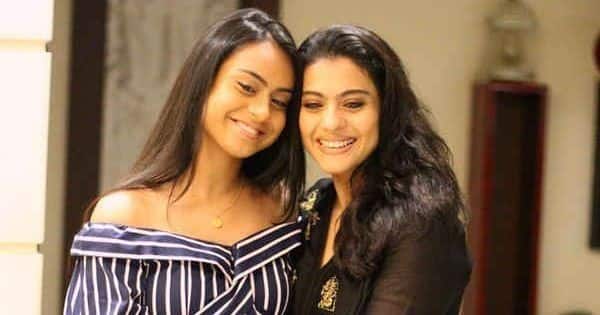 Ajay Devgn and Kajol‘s daughter Nysa Devgn has been making waves on social media with her frequent party pictures. A few months ago, the 18-year-old modelled for ace designer Manish Malhotra for his latest collection at the lakme fashion week 2022. Since then, she has been making public appearances at various celebrity events. While everyone is wondering if Nysa is planning to enter Bollywood and take her parents’ legacy forward, Kajol has finally spilled the beans on her daughter’s much-awaited debut in the film industry. Also Read – Vikrant Rona star Kichcha Sudeepa reveals a secret about Salman Khan; addresses Twitter war with Ajay Devgn [Watch Exclusive Video]

When Kajol was recently asked about her children Nysa and Yug walking on their footsteps into the industry, she told Bollywood Bubble, “As for my children, I think that I will support them in whatever they want to do. Jo bhi karna hai unko as long as khush rahein. As long as they are happy and fulfilled. I think my biggest job as a mother is not to guide them into the film industry but guide them into whatever makes them happy, make them productive members of the society.” Also Read – Katrina Kaif, Ajay Devgn, Emraan Hashmi and more Bollywood actors who openly regretted doing certain roles

When asked about the anticipation around Nysa’s Bollywood debut and aleady being a social media sensation, Kajol added, “I think Nysa is somebody who will make that decision for herself. Like I said, I am not pushing her away from it, I am not pushing her towards it, it’s something she will do for herself. She is 18 years old, she is a grown up woman, young lady.” Also Read – Before Aquaman star Jason Momoa’s head-on collision with a biker, Shah Rukh Khan, Hrithik Roshan, Aishwarya Rai and more stars met with near-fatal accidents

Previously, Ajay Devgn had spoken about his kids making an entry into Bollywood as star kids like Suhana Khan, Khushi Kapoor, and others are setting their foot into the film industry. However, he stated that there is no compulsion on his kids Nysa and Yug to enter Bollywood. He mentioned that they are free to do whatever they want but they have to give their best. He also stated that as parents, he and Kajol, are always there to help them.