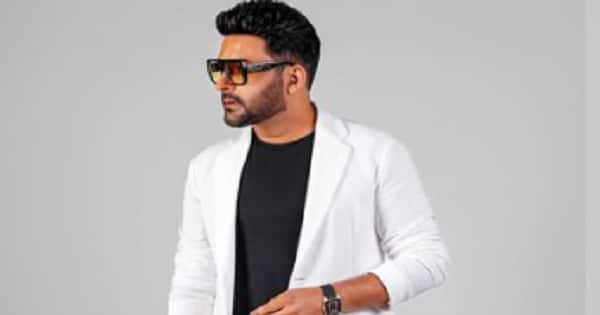 Wait, what? Kapil Sharma is that you? Kapil Sharma took to his Instagram and shared his brand new look which is making his fans go bonkers and how along with the announcement of the new season of his popular show, The Kapil Sharma Show, while fans cannot contain their excitement Kapil is back with his show they are finding it very hard to digest this new look of Kapil Sharma. Well, not only fans, but even Bollywood celebs are flabbergasted and dropping their shock over the picture. Kapil Sharma is looking uber cool in this new picture and one could have never imagined him this way. Also Read – Raju Srivastava, Kapil Sharma, Sunil Grover and more popular comedians and their lesser known partners

The most grabbed reaction to Kapil‘s new look post was from Bollywood actor Ayushmann Khurrana who praised the comedian’s new look and even mentioned that one can not recognise him. He writes, ” Waah. Can’t recognise”. While Richa Chadha who herself is winning hearts for her revamped look after losing oodles of weight questioned how is a boy. ” Ye handsome ladka Kaun haiiiii”. Kapil’s this new look has got your attention and for all right reason. Also Read – Zwigato: Kapil Sharma will leave you surprised with his acting chops as he plays an orthodox husband in Nandita Das’ film

Kapil Sharma had taken a sabbatical from his show to focus on his personal life she had two kids back to back and didn’t want his wife Ginni to take the burden alone. Amid handling his personal life, Kapil also did a few arty cinemas and one of them is Nandita Das’ Zwigato, where he played the role of an orthodox husband of Shahana Goswami and boy he was your heart with the trailer and how. Seem like slowly anna Kapil Sharma is on the way to becoming a Bollywood hero. Kapil is back and how fans cannot wait to witness this new look and his entertainment in the new season. Also Read – The Kapil Sharma Show: Ali Asgar opens up about his tiff with Kapil Sharma – ‘Maybe, Kapil didn’t know the reason why I quit the show’