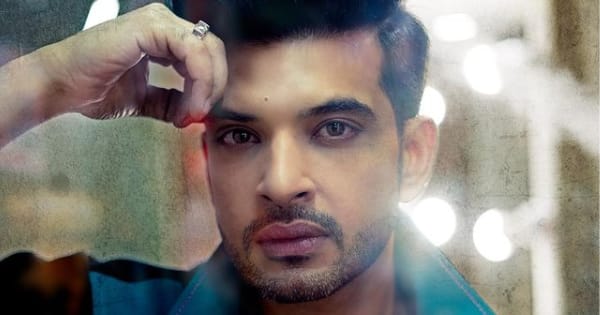 We have been seeing Karan Kundrra busy house-hunting since a couple of months. Well, he might soon shift from Goregaon to Bandra. It seems the actor was looking for a home in the Bandra – Juhu area for a long time. BollywoodLife had earlier informed you that Karan Kundrra had checked out homes in the building 81 Aureate but price negotiation was still on. It looks like he has finally sealed the deal. A picture of Karan Kundrra from outside the municipal registration office has gone viral. We can see him dressed simply in a pair of denims and checked shirt. It looks like a fan got a pic clicked with him. Also Read – Jayeshbhai Jordaar Day One Box Office estimate: Ranveer Singh’s film off to a slow start

The apartment is close to the Bandra Reclamation area. It offers views of the sea face. It seems the flat comes with a private lift and swimming pool. The price of the flat is above Rs 20 crores. Fans will remember how the paparazzi was constantly teased Karan Kundrra for looking for a flat for ‘bhabhi’ Tejasswi Prakash when they saw him checking out flats. His father SP Kundra was also seen with him on a couple of occasions. Also Read – Hollywood News weekly rewind: Johnny Depp’s love saga with attorney amidst case with Amber Heard, Britney Spears’ nude pic and more

Bigg Boss contestants have made big purchases after the show. Tejasswi Prakash bought an Audi car worth Rs 80 lakh. After BB 14, Jasmin Bhasin purchased a big home in Mumbai for her parents. Karan Kundrra has done three music videos after his exit from the show. In Lock Upp, he came as the jailor and did a great job. He is also hosting Dance Deewane Juniors. Fans have been trending Rab Rakha Karan after the news of his purchase came out. The hunk is also in talks for a few films (Hindi and Punjabi) and web shows. Also Read – Viral TV News of the Week: Kanika Mann-Siddharth Nigam in Khatron Ke Khiladi 12, Helly Shah-Hina Khan at Cannes 2022 and more

TejRan are also a power couple with the number of endorsements they are getting on social media.