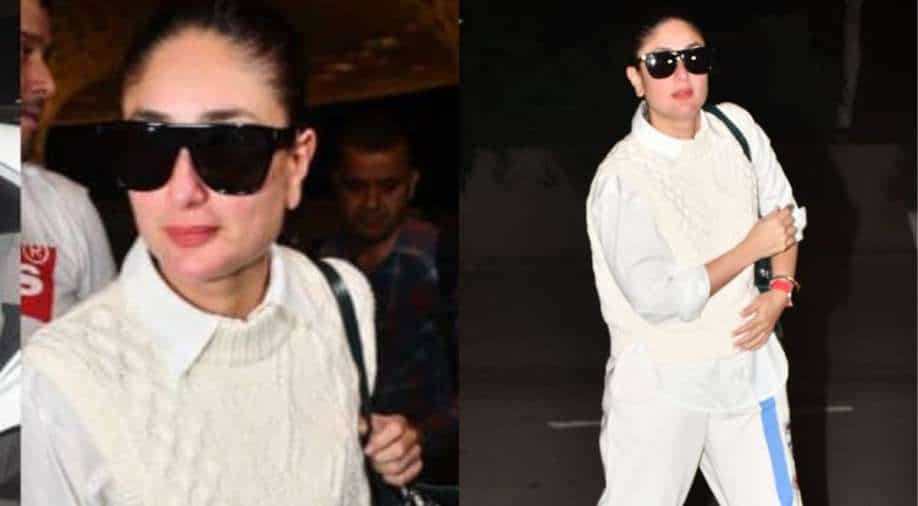 Bollywood star Kareena Kapoor Khan, who was last seen in ‘Laal Singh Chaddha’, recently took a flight to London to begin filming for her next film with renowned director Hansal Mehta. Her second child, Jeh, and a nanny accompanied her to the new city.

The untitled film, helmed by the ‘Scam 1992: The Harshad Mehta Story’ fame, will be shot entirely in London in two schedules. According to reports, Kareena will return to India for a few days to celebrate Diwali with her family, before taking off again for the second schedule.

The Hansal Mehta directorial is being bankrolled by Ekta Kapoor’s Balaji Motion Pictures and will mark Kareena’s second collaboration with the production house.

Check out the viral video below.

Keeping it comfy, the actress opted for an all-white ensemble for her airport look. Her OOTD featured white trackpants, a shirt and a knitted sweater.

Kareena’s last film ‘Laal Singh Chaddha’ turned out to be a dud at the BO. So, all eyes are on her upcoming films and projects. And, fans are excited to see the star collaborate with an ace director like Hansal Mehta .

Most details about the films are currently kept under wraps.