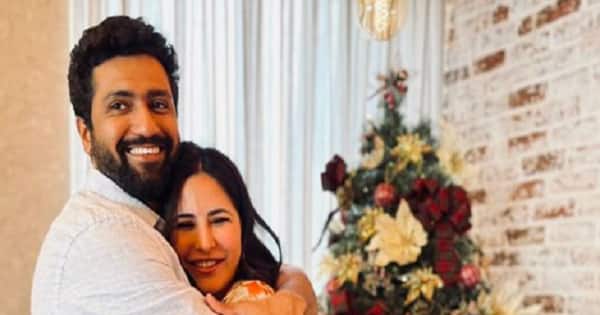 There were rumours that Merry Christmas actress Katrina Kaif and her husband Vicky Kaushal are expecting their first child. As per the latest reports, the gorgeous actress is believed to be two months pregnant. Katrina and Vicky walked down the aisle six months ago in Fort Barwara in Rajasthan in the presence of their friends and family members. Since their lavish wedding, the two have been in news for the PDA and mushy pictures. Also Read – Priyanka Chopra is on a mission to change the perception of India; mom Madhu reveals, ‘She wants to educate them’

In an interview with ETimes, Katrina’s team finally clarifies on the news of the actress being pregnant. Katrina’s team said, “We weren’t all too kicked upon knowing there is no such good news. Katrina’s team revealed that she isn’t expecting, but is currently focused on her career as well as enjoying the initial stages of married life.” Also Read – Trending Entertainment News Today: Suniel Shetty opens up on KL Rahul-Athiya Shetty’s wedding, Kangana Ranaut reacts after Salman Khan shares Dhaakad trailer

Katrina has always been fond of kids and has spoken about wanting kids after she gets married. Katrina and Vicky are currently on a vacation in the US and are spending romantic time together. Recently, Katrina shared a couple of pictures from her favourite restaurant in New York. Also Read – Dhaakad: Salman Khan shares new trailer of Kangana Ranaut’s film; actress says, ‘I will never say again that I am alone…’

On the work front, Katrina is quite busy with her upcoming film Merry Christmas, directed by Sriram Raghavan. She also has Tiger 3 with Salman Khan and Phone Bhoot in her kitty. While Vicky has wrapped Laxman Utekar’s untitled with Sara Ali Khan. He also has Govinda Naam Mera with Bhumi Pednekar and Kiara Advani, Raula, Meghna Gulzar’s Sam Manekshaw biopic, and Anand Tiwari’s untitled in his pipeline.