Skip to content
HomeEntertainmentKaun Banega Crorepati 14: Amitabh Bachchan talks about ‘gaalis’ and ‘trolls’ he suffers; says, ‘I have to think…’ 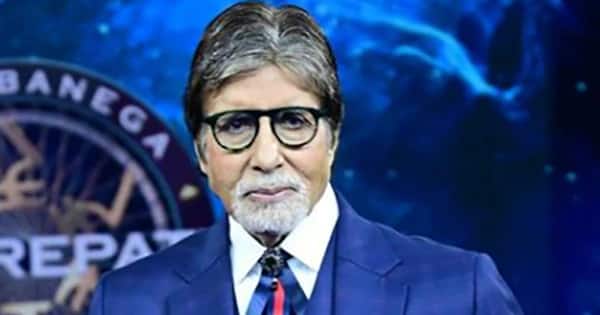 Amitabh Bachchan is one of the most active members on social media. He loves to stay connected with his fans and keeps everyone updated from time to time. He even pens blogs sharing his experiences, thoughts and much more with fans. He is 79 years old but he is more active and tech-savvy than any other Bollywood actor. But trolls are a part of social media. On Kaun Banega Crorepati 14, Big B spoke about receiving gaalis and getting slammed on digital platforms. He revealed how he deals with it. Also Read – Navya Naveli Nanda, Amitabh Bachchan’s granddaughter, opens up about gender inequality, domestic violence and the privilege of her name

Amitabh Bachchan shares his experience of living in a digital world

During a conversation with a contestant, Amitabh Bachchan mentioned that he initially did not understand anything about blogging and digital space. He even used to get trolled for his captions. But now he thinks a lot before posting anything. He was quoted saying, “I was told about blogging and started writing blogs. I don’t understand these things at all. At times, I get trolled about images or captions. They give gaalis. I didn’t know that people also comment on pictures that you post. They write, ‘Kya samajhta hai apne aap ko’ and many other things that I can’t say. I have to think a lot before posting anything.” Also Read – Kaun Banega Crorepati 14: From getting a car along with Rs 1 crore to changes in lifelines; here’s a look at the new things that have been introduced in Amitabh Bachchan’s show

He also resolved the mystery before abbrevation EF that he usually writes for his blogs. He stated that it is a short form for Extended Family. Also Read – Abhishek Bachchan blamed for stealing things from his film sets; the actor REACTS

Big B even at 79 is among the busiest actors when it comes to work. Apart from Kaun Banega Crorepati, he has quite a few films in his kitty. He has Brahmastra along with Ranbir Kapoor and Alia Bhatt. He will also be seen in Goodbye with Rashmika Mandanna and Adipurush with Prabhas. Recently, it was announced that he is also a part of a film called Uunchai.