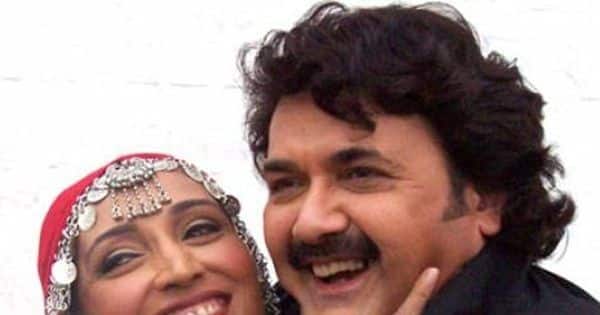 Popular TV actress Ketki Dave‘s husband Rasik Dave has passed away on Friday, July 29, at the age of 65 due to kidney failure. According to TOI, Rasik had been battling kidney related ailments and was on dialysis for the past two years. His kidneys continued to deteriorate while last one month was very painful. His funeral is expected to take place early morning on Saturday around 7 am. Also Read – Anupamaa’s Paras Kalnawat to Balika Vadhu’s Pratyusha Banerjee; these TV actors were thrown out of their shows due to bizarre reasons

Famously known for her character Daksha in Kyunki Saas Bhi Kabhi Bahu Thi, Ketki’s character was known for her trademark dialogue “Ara ra” and of course for her Jamnagar tales. The theatre artist then married to Rasik Dave who had made a comeback on television with his role of Karsandas Dhansukhlal Vaishnav in Sanskaar – Dharohar Apnon Ki. Also Read – Naga Chaitanya’s Thank You costar and Balika Vadhu fame Avika Gor stuns fans in bikini; shares pictures from Maldives trip

Rasik began his career in 1982 in a Gujarati film Putra Vadhu. He then worked in both Gujarati and Hindi languages. Both Rasik and Ketki started their Gujarati theatre company. They even participated in Nach Baliye in 2006. Rasik is survived by his wife, son and daughter. Also Read – Anupamaa’s Alpana Buch, Yeh Rishta Kya Kehlata Hai’s Niyati Joshi, Bade Acche Lagte Hain 2’s Shubhaavi Choksey and more HOTTEST on-screen mothers-in-law

Last year, Ketki made her villainous entry into Balika Vadhu 2. She played the role of Gomti aka Maadi Baa.