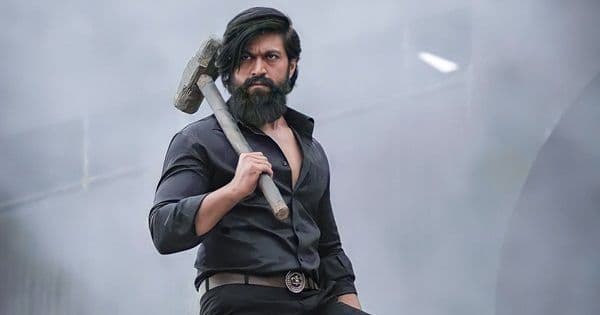 “Director Prashanth Neel is currently busy with Salaar (starring Prabhas). Around 30-35% of the shooting is done. The next schedule is slated to begin next week. We hope to complete it by October-November this year. So, we plan to begin the shoot for KGF3 after October this year. We hope to release the film by 2024,” Kiragandur told Dainik Bhaskar in an interview. Also Read – Trending South News Today: Mahesh Babu charged this amount for Sarkaru Vaari Paata, Malayalam model-actress Shahana found dead in her bathroom

Talking about the new faces in KGF 3, he added, “Going forward, we are going to create a Marvel kind of universe. We want to bring different characters from different movies and create something like Doctor Strange. The way it happened in Spider Man or Doctor Strange. So that we can reach a wider audience easily.” Also Read – Trending South News Today: Sarkaru Vaari Paata LEAKED on Tamilrockers, Movierulz; Suniel Shetty reacts to Mahesh Babu’s jibe against Bollywood and more

Shattering all records, the Hindi version of Yash-starrer KGF: Chapter 2 has surpassed the lifetime collection of Aamir Khan‘s Dangal by crossing the Rs 350 crore benchmark. The movie became the fastest film to reach the Rs 250 crore benchmark.

KGF 2 has earned Rs 420 crore in the Hindi belt alone. It is now inching closer to Rs 1200 crore mark globally. It has also outperformed the new Hollywood biggie Doctor Strange in the Multiverse of Madness and other Bollywood films such as Ajay Devgn‘s Runway 34, Shahid Kapoor’s Jersey, and Tiger Shroff’s Heropanti 2.