Skip to content
HomeEntertainmentKhatron Ke Khiladi 12: Shivangi Joshi credits THIS special person for all her success 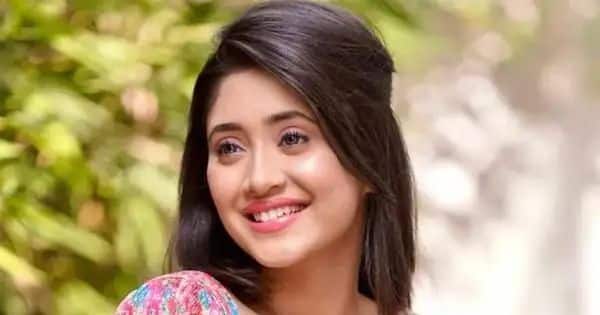 Khatron Ke Khiladi 12 actress Shivangi Joshi is right now the most successful actress in the television industry. She has come a long way. She has a strong fan base who loves her immensely and supports her through her thick and thin. But before she became a star, there was one person who stood like ROCK with her and she is none other than her mother. Yes! The actress in a recent conversation got extremely emotional and showered all the praise on her mom for supporting her big dream and leaving her father and sisters behind and accepting the new city.

In an interaction with the media, she lauded her mom’s strength and courage that she gave her while she was trying her luck in the industry. She said, “I am a family person, and so it was tough for me to leave them behind. Thankfully, I had my mother by my side. But I can only imagine how difficult it must have been for her to stay away from them. I can never forget the sacrifice she did for me. It gives me the strength to carry on”.

Shivangi who still has to build a remarkable career ahead is right now in Rohit Shetty‘s show Khatron Ke Khiladi and trying hard to win the title of the show. And talking about the show and performing daredevil stunts, Shivangi revealed how she overcame her water fear and is just damn proud of herself. She said, “I remember I was shell shocked when Rohit sir described it. I panicked and called my mother, and said that I won’t be able to do it. However, I not only finished the stunt but also won it. I was proud of myself then. It made me happy. I think I surprised myself and realised that we shouldn’t undermine ourselves”. Shivangi Joshi is the most loved TV actress for a reason!

Also Read – Rupali Ganguly in Anupamaa, Mouni Roy in Naagin and more TV actresses’ career-changing roles from which they never looked back